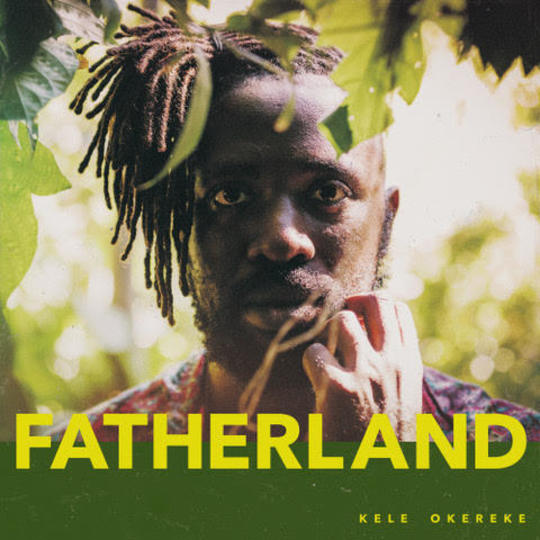 Enormous sound shifts are always difficult to navigate in the fickle world of the music industry. Striking that balance between self-expression and not losing that connection with your fans is a fine art, and one which can be the undoing of many artists. On hearing that electronic heavyweight Kele Okereke was taking a different direction with his third solo record, Fatherland, I was intrigued to find out where exactly he was planning to go.

From the start, it’s obvious that describing Fatherland as a significant sonic departure is an understatement. ‘Tenderoni’ or ‘Hunting for Witches’ this isn’t. Instrumental opener ‘Overture’ is a mysteriously clouded affair, taking shape as a funeral procession and brass band hybrid. As if to confuse the listener further, Okereke switches into lullaby-esque ‘Streets Been Talkin’, a track which is well-intentioned but clumsy. In the chorus, he declares “I’m trying to kick a habit”, and it feels like the words are squeezed in where there isn’t really space for them. Overly domestic themes dominate the song, and it’s hard not to wince when he sings “Now I use my knife and fork, never forget to wash up. ” Hardly lyrical prowess, it’s easy to feel that this track is too self-indulgent.

The brass elements of the introduction come back to the fore in ‘You Keep on Whispering His Name’, a loping, slow narrative of a song. The tinges of musical theatre on the fringes of the track take further form in ‘Capers’, where chirpy, bouncing piano chords back whimsical, happy-go-lucky lyrics. It’s such a different turn for Okereke that it’s hard to know exactly what to think of this song. It’s bold, no doubt, and it’s certainly not terrible. It’s just not in the usual vein of excellence that Okereke fans have come to expect. Songs which take the path of moderation are perhaps the best on the album, including ‘Yemaya’, a more acoustic, toned down track. With hypnotic backing guitar, this isn’t as radical as its tracklisting predecessors, closer to the singer’s comfort zone but still a noticeable step apart. A real highlight is ‘Versions of Us’, which comes across with greater feeling and poignancy than the other tracks before it. Corinne Bailey Rae’s inclusion is a fantastic complement to Okereke’s voice. ‘Road to Ibadan’ is an equally soothing reflection on the singer’s trip to Nigeria with his father, wrought through with emotion and familiarity.

The lead single from the album, ‘Do U Right’, passes by relatively unremarkably at first, but oozes charm, and has potential to grow in likeability over time. ‘Savannah’, a song dedicated to Okereke’s recently-born daughter, is endearing, but again not exceptional or revolutionary.

Fatherland is an incredibly mixed bag, and Okereke should be applauded for his uninhibited exploration of different genres, and his brave choices to mix and match them. He has described the record as a document for his daughter to listen to later in life, to understand the dynamic between her fathers, which is a nice thought, but perhaps it should have stayed as just a time capsule rather than being produced for mass release. There are moments where the album shines, absolutely, but it doesn’t match up to the same level as Okereke’s previous work, both with Bloc Party and solo. However, it’s still a worthy piece in its own right, and a testament to the idea that a musician changing their sound is a gamble that can pay dividends.