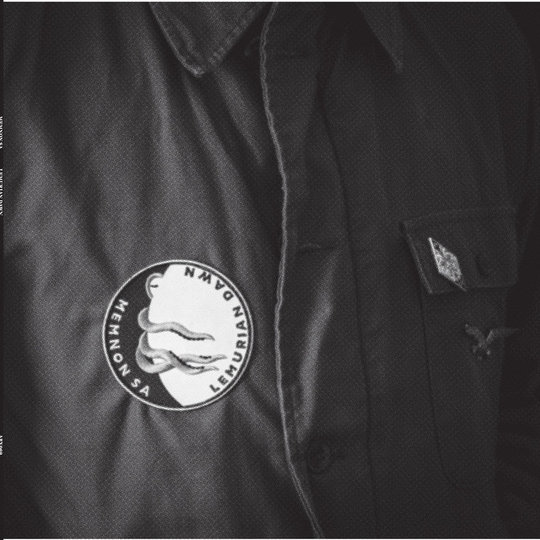 Fittingly named after a mystical ‘lost land’ in the southern hemisphere, Lemurian Dawn is Memnon Sa’s second release, and is a psychedelic foray into something both futuristic and uncompromisingly tribal. Coming off the back of 2015’s Citadel, a record steeped in doom-laden guitars, Lemurian Dawn feels something of a departure; analog synths replace the guitars almost-entirely, while strings, ancient world instruments and even throat singing intertwine, resulting in something primal and otherworldly.

Opening with the rhythmic pound of a drum and foreboding drone of synth and throat singing both, ‘Celestial Ark’ is as imposing as an opening number can get. The analog synths which backbone much of the record here create something both ominous and uplifting, like descending in to the depths of hell, while ascending to the dizzying heights of heaven at the same time.

It’s a strange dichotomy, but one which reflects Lemurian Dawn as a whole, and that works in the album’s favour. Bridging the gap between that which feels ancient and shamanic, with that which is anachronistically futuristic, two conflicting aesthetics provide the record with an atmospheric and cinematic quality, full of natural peaks and troughs.

‘Healing Chamber’, the record’s penultimate track and arguably its centrepiece, is the most accessible track, built around skittering, jazz-y percussion, desolate swells of synth and the woozy narcotic throb of strings. While other tracks on the record have felt haunting, and at times evil, ‘Healing Chamber’ feels like a natural crescendo, the point all tracks have been leading up to. As such, it harbours a sense euphoria unseen previously, something that carries on in to the Lemurian Dawn’s final track.

Named after an ancient god of a religion that predates Christianity, closing track ‘Ahura Mazda’ is a sprawling, nine-minute epic that builds slowly, much like the record it concludes, blossoming into a thunderously atmospheric affair, the likes of which would surely soundtrack the second coming of its namesake.

Despite not being the easiest of release to digest, Lemurian Dawn is a record worth your time. And though only five tracks long, each offers up its own distinct identity, while being intrinsic to something greater than the sum of its parts. Hugely ambitious, and at times unsettling, it’s a record that reveals more of itself with each and every listen, something you’ll find yourself doing more than first impressions would have you believe.