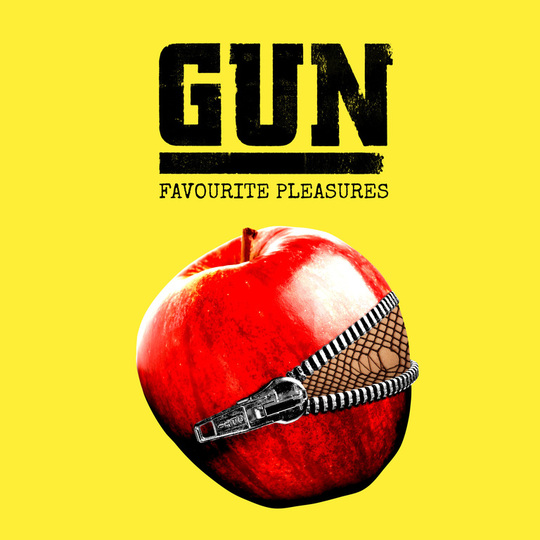 Every time some long-hair from outside my native Scotland asks me about the country’s hard rock exports, it takes me a moment to formulate any sort of comprehensive list. Sure, it bore cult favourites like Nazareth and The Almighty, birthed the core of AC/DC, and made minor additions to the New Wave of British Heavy Metal with Holocaust and Heavy Pettin’, but the frozen land north of the wall tends to be overshadowed by the seminal rock music of its more influential southern neighbours.

Gun, however, are one that I can always proudly rely on. In their early Nineties heyday, the Glaswegians had heavy metal anthems to match the stadium giants they opened for - such luminaries as Def Leppard, Bon Jovi and even the Stones - but their sound was one that fused rock with a more knowing funk stylee, hence a top ten hit with a cover of Cameo’s ‘Word Up!’ in 1994 and a more recent reworking of Hot Chocolate’s ‘Every 1’s A Winner’. As was the case with so many similar acts at the time, the latter half of the decade saw a dissolution at the hands of time and shifting landscapes. Since a partial reformation in 2008, however, they’ve went from strength to strength in the palpable, global resurgence of old school-inspired rock, particularly in their homeland, and with the release of seventh opus Favourite Pleasures - on the thirtieth anniversary of the band’s inception - Gun are back for another shot at glory.

Opener ‘She Knows’ hits with the power and passion of a Glasgow kiss, and captures the magic that made the likes of ‘Don’t Say It’s Over’ such hits in the band’s nascency. These bittersweet, lovelorn themes add yet more weight to the crushing hard rock drive, a juxtaposition at which the band have always been skilled. The muse in question is frontman Dante Gizzi’s ex-partner, their break-up having influenced the lyrical content, but the greatest art is born from pain. There might be a dark cloud of heartache looming, but these subsequent songs are veritable silver linings. “Silent confessions whispered underneath your breath / These violent reactions / Well, what the hell did you expect?” pleads Dante on the dark ‘n’ danceable ‘Take Me Down’; it just shouldn’t be possible for such an anguished, introspective admission to be a bona fide floor-filler.

‘Here’s Where I Am’ kicks off by threatening some turgid pseudo-Status Quo boogie, but its psychedelic glam grooves eventually unfurl into something more ensnaring. Then comes the disco-flecked ode to S&M that is the title track. The guitar work of founding member Jools Gizzi and newbie Tommy Gentry is integral to what makes Gun’s music so malleable, ranging from jagged metal soloing to fiery blues stomping, as well as unleashing soaring, spacey lines on ‘Tragic Heroes’, which channels The Cult - hey, Ian Astbury grew up in Glasgow, does that count as another Scottish band? - with its tales of corrupt A&R men and starry-eyed naivety. The sardonic ‘Go To Hell’ is like ‘Sympathy For The Devil’ for the 21st Century, while the less said about indie-pop fluff ‘Silent Lovers’ the better, but, for better or worse, these sonic eclecticisms are examples of their enduring outsider credentials within an often myopic, typically overblown genre.

The most palpable change in tone, however, is the finale of ‘The Boy Who Fooled The World’. Stripped of the sweaty excess and crunch of the preceding tracks, it features only a plaintive piano and some nostalgic crooning through a resonating tale of youthful music fandom and burning ambition. Such a dream is one that this band have lived, through various ups and downs. Now finding themselves hitting new heights of power and armed with a record that could go toe-to-toe with their peers of both yesterday and today, Gun are fully loaded and shooting to thrill.