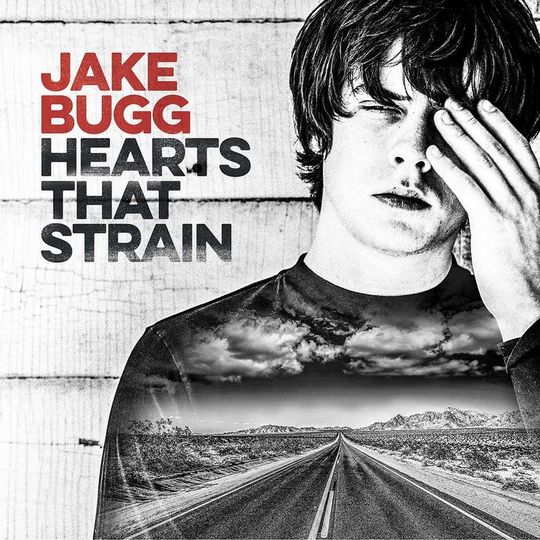 The credits for Jake Bugg’s fourth album Hearts That Strain talk a very good game. Recorded in Nashville, Tennessee, with a large serving of Grammy-winning producers and backing musicians who worked with the likes of Elvis and Aretha Franklin, there’s a lot of expectation on this record, especially in terms of Bugg’s slowly declining record sales.

However, the overriding impression of Hearts That Strain is very underwhelming. From a hope that Bugg might shake off the stereotypical Radio 2 artist niche he has come to settle in, it’s very quickly apparent that this is not to be. The title track opens with an almost calypso-style vibe, and you can imagine the backing dancers swaying in the background. This is about as far as you can get from singing about getting knifed in suburban Nottingham. It’s inoffensive and bland, and with that, instantly forgettable. Perhaps the less said about ‘Southern Rain’ the better, except that you get five points deducted if like me, you mishear the lyrics as ”Southern Rail is here to stay” in the chorus. This is the kind of material most artists would use as album filler, but placed in prime position at the start of the album, it bodes very badly.

The familiar, frank lyrical commentary which Bugg is known for from earlier days makes a welcome appearance in ‘In The Event of My Demise’. He implores his listeners from beyond the grave to ”be a friend and please refrain from saying we were friends, and let them tell their lies” . But in this collective shout out to his haters, he lacks direction, and the song dissipates into a shapeless insult to no one. Nevertheless, it’s one of the strongest songs on the record.

Next up is Bugg’s duet with unlikely partner, Noah Cyrus (Miley’s younger sister). An almost painfully ironic choice for Bugg, who has formerly expressed his disdain for chart music and dismissed One Direction as ‘terrible’, this track makes them sound like groundbreaking musical prodigies in comparison. Instantly reminiscent of awful cruise ship music, you can easily imagine this as a drunk middle aged karaoke favourite, except less memorable.

There are a few more redemptive tracks which appear later. The bluesy ‘Hearts That Strain’ is a welcome relief from the more romance-heavy earlier songs, with more atmospheric, effective melody. ‘Burn Alone’ is also one of the better tracks, with the upbeat tempo carrying it forward, its arrival welcome in a similar way to an old friend who is really, really late to a party where you don’t know many people.

But all in all, the album is unremarkable, showing only rare flashes of lyrical prowess, and melodically unadventurous. Bugg fails to push boundaries and flounders outside his recent comfort zone, resulting in a record that fails to impress, delivered without vigour. Mercifully, it runs short at just under 36 minutes, but those minutes are time you won’t ever get back. Jake Bugg used to make albums which were gritty and miserable (in the best kind of way), and while of course artists’ sounds change, it is hard not to wish that the sharp, insightful lyrics and earworm riffs he used to reel off would make a comeback.