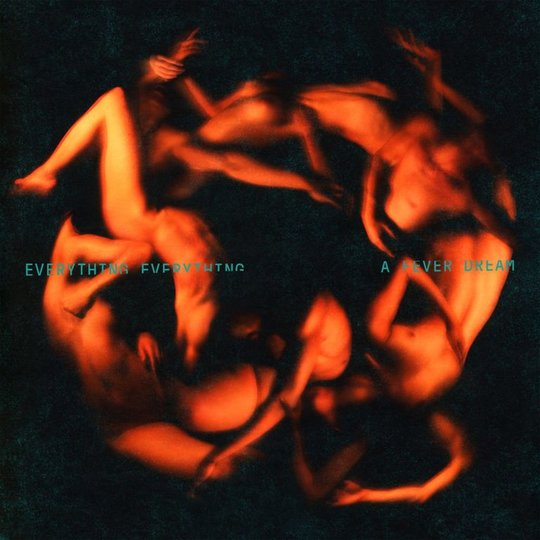 A band that seems to elicit strong reactions – both pro (hello!) and con – Northumbrian/Mancunian four-piece Everything Everything deal, it’s true, in strong subjects, and frame them in some astoundingly forthright musical settings.

Their third album, 2015’s Get To Heaven, was an angst-filled, horrified collection: seeming both to be reacting to, and in some places even predicting the rise in terrorism, the advent of ISIS, the general raising of the world’s temperature in troubling, turbulent times. All this, to a kind of maximalist, OTT, throw-everything-in-and-then-add-just-a-bit-more soundtrack that was as hard to categorise musically as it was to get your head around. And it was also utterly brilliant.

At first listen, fans of Get To Heaven will probably be pretty delighted by what they hear on its follow-up, A Fever Dream. This is a band still inhabiting rather similar territory – lyrically, at least. The state of the world concerns of ‘Night of the Long Knives’ (“Yes, the bomb may be falling”), the itchy misanthropy of ‘Can’t Do’, with its oblique lines about “the horror on the phone” and the negativity sprinkled, well, throughout: all are familiar in tone and vibe from before, if perhaps more allusive than direct in their reference points this time around.

The mood switches between fearful, as on ‘Can’t Do’ (“Help me, I can’t do the thing you want”) and abject (White Whale’s pleading: “I want you to be OK, I want us to be OK”), between the distrust and loathing of the title track’s “I hate the neighbours / They hate me too” and the defeated sigh of ‘Desire’ (“What the hell do I have to lose?”). Only occasional glimmers of something softer emerge with the album’s closer ‘White Whale’ - perhaps the closest the band might come to a love song despite starting with the admission that “My mind is on the bad things”.

But it is in its musicality that this album strays a bit from its predecessors – though not far enough to either alienate the pros or perhaps even win over the cons. Where Everything Everything’s previous releases were as bonkers-crammed full of a surfeit of different stylistic tics, flourishes, embellishments and more not only from song to song within each album but even in every individual track, here, a definite sound and style has been settled on.

Well OK, let’s not go mad here – several definite sounds and styles, let’s say. This is still, after all, very much Everything Everything. But as they explain in the publicity that comes with the release, this time round they are mining a particular strain of music – the kind of complex electronica that excited them when they were younger, combined with Nineties riff-heavy guitar music. So listening to the Autechre-like twists and turns of ‘Put Me Together’, you can see what they were shooting for, along with the heavy guitar hooks in ‘Big Game’, ‘Run the Numbers’ and ‘Ivory Tower’, the frantic synth rhythms that open ‘Night of the Long Knives’, or the strident electronics of the quite, quite excellent ‘Desire’. So great is the latter, in fact, that it’s only topped by ‘Good Shot, Good Soldier’ as perhaps Everything Everything’s finest moment to date, both tracks managing to mask their lyrical anomie with barnstorming, euphoric beats, huge CAPS LOCK choruses and astonishing vocal performances from the quite unique lead singer Jonathan Higgs.

Over the top? Yeah. Misanthropic? Frequently. Inspiring? Bloody hell, yes. One of our best – certainly one of our most interesting – bands has played another blinder.