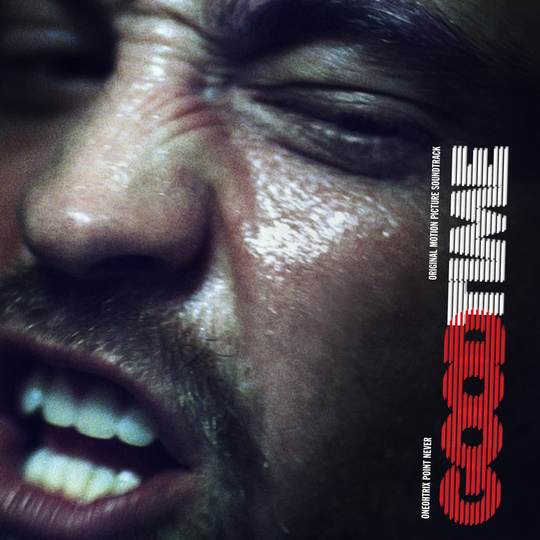 As Oneohtrix Point Never, Brooklyn-based Daniel Lopatin is no stranger to cinematic music. His emotionally damning electronica is often subdued, rising and falling just enough to perfectly soundtrack a journey, conversation or mood, while retaining an ambiguity in its exact motives.

Now, Good Time Original Motion Picture Soundtrack, Lopatin’s eighth studio recording under this moniker, really is designed for that purpose – it's adapted from the score that won him this year’s Cannes Soundtrack Award, composed for Good Time, a crime-drama or 'twisted odyssey through the New York underworld' starring Robert Pattinson and Jennifer Jason Leigh, and directed by Josh and Benny Safdie.

With Good Time freed from the need of such conventions as identifiable ‘singles’, Lopatin has allowed himself to engulf characters all the more wholly, as made possible by a distinct narrative. Crucially, the heroes for which he is writing are not his own. Lopatin, as much as any actor, is now following a script of some sort. This direction adds a tightness to each track.

While 2015’s Garden of Delete had a hero – humanoid alien Ezra – his life was seeped in post-ironic nostalgia, unable to unstick itself from the wistful memories of Eighties/Nineties-obsessed vapourwave. Sonically, Good Time is not all that different: ‘Leaving the Park’ samples classic synth arpeggios of cult Nineties scores, and sampling will always insist on reliving the past, however sardonically.

But something about Good Time’s present existence as a soundtrack for a film released this year strips away the incredulity of the present day in which sampling often abounds. Lopatin may continue to draw on early internet imagery, glitches and spaciousness – as in the dreamlike dialogue in ‘Bail Bonds’ or the slow piecing-together of melody in ‘Entry to White Castle’ – but part of his role is to make these characters’ lives believable to cinema-goers, and that means connecting with the present day as well as taking inspiration from a sonic past.

‘Ray Wakes Up’ holds a startling sense of living in the moment – as any action movie with police chases, quick manoeuvres and last-minute fight-or-flight decisions insists. There is dialogue, kissing, doors closing, a television, footsteps, a crash. This sequence is repeated, distorted and merged into an appropriately dream-like dystopia that Lopatin has been throwing over his works since 2007’s Betrayed in the Octagon his first release as Oneohtrix Point Never. Despite its title, on ‘Flashback’, the present feels as though it is heading right towards you. Even the more ambiguous sounds (which are often the most musical), such as the distorted howls and creeps of ‘Connie’, are made emotionally gut-wrenching by Lopatin’s light touch with samples, and insistence on hovering between clarity and obscurity.

Album closer ‘The Pure and the Damned’ features godfather of punk Iggy Pop, whose usually raucous vocals seem an unlikely companion to a sensitive electronic record. Thankfully it is his tenderness which is on display here as a sparse piano melody accompanies his address to death, with lyrics by Iggy himself. It sounds remarkably sincere, until he declares his desire to “pet the crocodiles”. Then again, Lopatin has always liked to his music to hover just over the line of comedy.

Too often, to say that music is a ‘soundtrack’ is to discount it – it is to press play and then go and commit your concentration to something else, to say that it is not fulfilling enough to engage with without some other element. By insisting on its purpose as soundtrack, Daniel Lopatin addresses that separation head-on. This defiance asserts Good Time as a record to listen to in the here and now, with or without its filmic accompaniment.