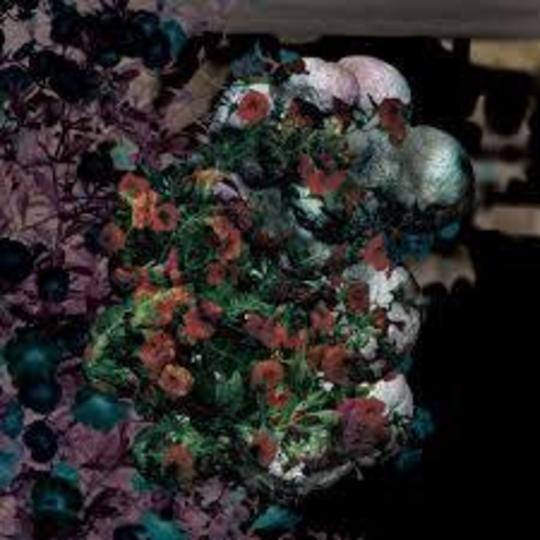 I’ve written quite a bit about Blondes in the past, both here and elsewhere. Usually one of my favourite dance acts, mainly due to their trippy, psychedelic wig-outs, they always seemed to be one of the more interesting outfits in techno, but on Warmth, they’ve (for the first time in a long time) left me a little cold.

A few years back, they released a double pack of records: the hard, dance floor tinged Persuasion, and the brilliant Rein, which was basically a huge, Technicolor 50-minute jam around krauty techno. On ‘Warmth’, you get the feeling they were aiming to stick these two directions together and hurl it into something approaching an album, but what it ended up as is a very scattered, confused-sounding record.

When they get it right though, that magic they unleashed on previous albums like Swisher is all there: the basslines, grooves and atmospheric noodling all lock in on tracks like ‘Trust’ and ‘KDM’, but all too often, they resort to aimless wanderings, with a much more brittle sound than any of the ambient haze that used to envelop Blondes records. It’s difficult to see where certain tracks are actually going, and lo-and-behold, by the time it’s finished, you’re none the wiser. It often feels like you’re getting six-seven minute snapshots of much larger jams, as the ebb and flow that they used to nail so convincingly feels absent, and it’s now ‘just throw some weird noise over this drum loop’. Tracks feel a little flabby, bristling with noise that doesn’t really need to be there, and it doesn’t seem as minimal or as tight as it used to be - the reverb gets pared down and the weird synth and crushed noise starts to grate where it once took flight on a bed of layered ambience.

It’s their first record for the once-legendary label R&S, after leaving well-respected art house imprint RVNG INTL, and whereas they might’ve been wanting to be positioned more in the dance scene and less in the art house crowd by jumping ship, it ironically would’ve worked a little better on the latter rather than the former, who’s fortunes seem to be on the wane of late, especially considering how they basically ran dance music for a little while there a few years back.

Anyway, I digress - all said, there is still lots to enjoy here both for Blondes fans, and just for fans of experimental techno, but I dunno… I guess I was expecting a little more, considering how revelatory their older stuff has been. The great thing about Blondes is how they move through such simple ingredients as a decent bassline and a tight groove, and end up in some tripped out wonderland after nine minutes of hedonistic bliss. On Warmth, they’ve traded that sound for something a bit harder and more immediate, which doesn’t end up all bad, but does sacrifice that elegiac joy they used to perfect so readily.