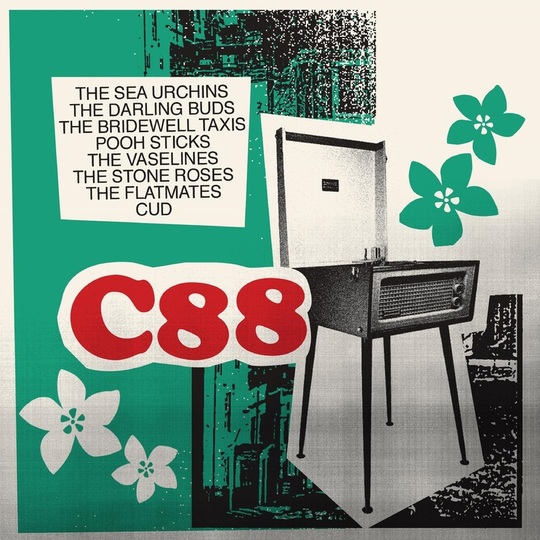 C86. Possibly the only musical genre christened after a cover mounted cassette tape given away free with a magazine. Much maligned in many ways, largely because its anti-image and DIY, back-to-basics approach proved at odds with that decade's hedonistic spendthrift ethos. As with many posthumously ordained scenes, many of the artists had little in common other than sharing a spirit of independence and maybe the odd live bill from time to time. There was certainly no specific style or sound or musical heritage linking the majority of acts together.

However, it did serve a purpose. Namely highlighting what a thoroughly creative and innovative period in time the Eighties were for independent music. While a certain kitsch value remains as far as the popular mainstream acts of the day are concerned, the underground was seemingly in overdrive. Regularly churning out a plethora of artists whose influence would live on several decades later.

Having licensed both C86 and its follow-up C87 in more expansive, box-set editions recently, Cherry Red have compiled another 71 songs from the following year's indie annals in the shape of C88. Many of the artists featured went onto become household names either in their original guise (The Stone Roses, The Shamen, Inspiral Carpets) or further down the line having cut their teeth in the burgeoning DIY scene of the day. Three examples being The Revolving Paint Dream, Metro Trinity and The Waltones whose line-ups included future members of Primal Scream, Doves and The Charlatans respectively.

With many of the more prominent C86 bands having either signed to majors (The Wedding Present, Primal Scream) or imploded (The Shop Assistants, Mighty Mighty) by this point, the leading lights of the independent scene had changed somewhat. Daytime television had now brought many of these artists into people's homes thanks to what was then Channel 4's weekly round-up The Chart Show, the modernised Old Grey Whistle Test, and ITV's late night magazine show Transmission. For the first time since the late Seventies many aspiring artists whose roots lay in the underground had a platform to showcase their wares and indie would soon be in the hands of the masses.

So in many ways, C88 marks a transitional period from the bedsit underdogs of two years earlier to a more ambitious mindset here. Granted, there's still a number of lo-fi leftfield acts only too proud to continue as torchbearers for the jangly ramshackle of yore. Legendary Swansea outfit The Pooh Sticks' satirical homage to indie music snobs 'On Tape' and Another Sunny Day's cutie punk anthem 'Anorak City' immediately spring to mind.

As labels such as Creation, Subway and Sarah start to dominate various subsections of the independent scene, their rise can be charted by a number of the acts included here. Represented by The House Of Love with 'The Hill' - a chilling number initially released as a b-side and one of their few releases to feature original member Andrea Heukamp on vocals - alongside Pacific's 'Barnoon Hill' and Emily's 'Mad Dogs', Alan McGee's Creation was busily carving out its identity at the time having lost both The Jesus & Mary Chain and Primal Scream to Warner Brothers in quick succession two years earlier.

Likewise with Sarah Records, still in its embryonic phase at this point but already responsible for a bunch of pivotal releases by The Orchids ('Defy The Law'), The Sea Urchins ('Please Rain Fall') and the aforementioned Another Sunny Day. Also included with this deluxe 3-CD package is a 48 page booklet which serves as a handy encyclopedia for each of the 71 participating artists, particularly when wondering what happened next.

For example, did you know Heavenly Recordings co-founder Martin Kelly was once the bass player and vocalist in Sixties west coast revivalists East Village? Or that former Felt, Lush and Jesus & Mary Chain bass player Phil King started out in little known indiepop outfit The Hangman's Beautiful Daughter? Of course none of this would be that relevant were the music not exemplary for the most part, not to mention ultimately timeless.

Picking out highlights from a treasure chest overflowing with golden nuggets is a tough call, but Inspiral Carpets' 'Theme From Cow' off their unsurpassed and impossible to find Plane Crash EP, *8Kitchens Of Distinction's shoegaze prototype 'Prize', Thrilled Skinny's introduction to fraggle 'So Happy To Be Alive' and Mancunian oddballs King Of The Slums**' 'The Pennine Spitter' are just four of many reasons why this compilation should be high on every music completist's shopping list.