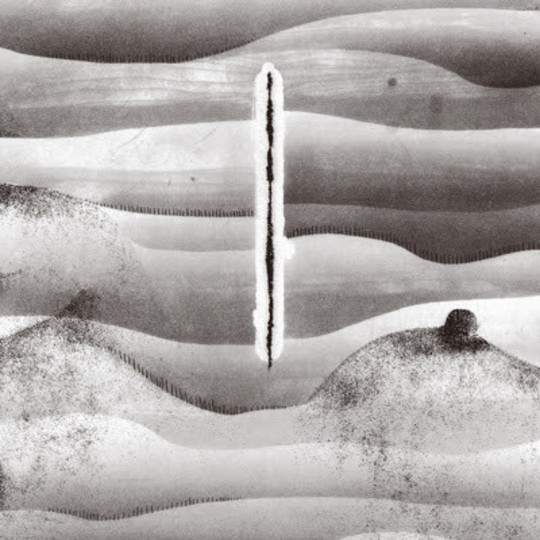 Mellow Waves by Cornelius is a good album. It’s dreamy and creates a sense of fluid space, caught between energetic krautrock style and something more meditative. Maybe that’s just pop music for you, but I found myself craving the guitar riffs to break up the saccharine of the continual use of bleepy synthesiser.

'Sometime/ Someplace' features a beautiful animation video of musicians and other figures walking through outer space, perfectly synchronised with the musical rhythms, which are simultaneously smooth and explosive. Lovers of the Japanese language will enjoy the mickey-mousing, with the appearance of text spelling out the lyrics in the Roman alphabet. It’s almost an electro funk reworking of the classic, 'Til We Meet Again’, with the word goodbye repeated in multiple languages, presumably until some time or place.

Also conceived as a video, ‘If You are Here’ is one of the more downtempo, ambient tracks on the album. The imagery shows shivering bubbles and splashes in mid-air. Random objects moving slowly through the empty space of someone’s apartment. The resident never appears but we see their upturned coffee cup, their cigarette, personal jewellery and the painting on the wall cleverly morphing in time with the music – long synth chords offset with peaking guitar riffs and gentle vocals.

Who is Cornelius? Akeigo Oyamada started performing under the name about 20 years ago on Matador Records. This set him up as a kind of remix artist, as well as a professional musician, combining electronic sampling with layering of multiple instruments to produce an almost orchestral sound and then producing a range of other artists want to achieve a contemporary sound such a Blur or Beck.

This perhaps explains his musical style – a little overproduced and lacking in raw experimentation or emotional energy, which makes sense if he is the guy that is bought in to properly produce and finish albums. Cornelius is a skilled professional, with such credits as the score to Ghost in the Shell and performing in Yoko Ono's band. He is a professional. Which is why Mellow Waves is a very well made album, and true to its title.

The album comes in light lapping waves of melodic song. It doesn’t wash you away, it doesn’t lure you in to your death. It’s a nice album.