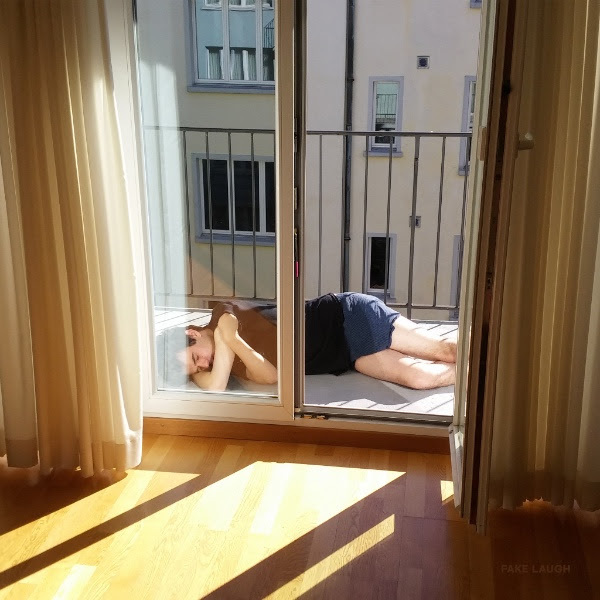 A solid, if uneventful debut album, full of heart, soul and charm»

Fake Laugh’s self-titled debut album arrives this summer as a delicate accumulation of years of experimentation. Unfurling slowly, the full length has been a gradual process: part playfulness, part perfection. Whilst perpetually in tune with the digital disconnect of contemporary life, the album is a vivid rummage through sixties US-pop standards and British alternative stalwarts. Fake Laugh showcases a familiar world of love, confusion and self-questioning but refocused through the bright lens of the London/Berlin based artist Kamran Khan.

Tirelessly writing and recording whenever he can, a busy 2016 saw Khan release the energetic 'Ice' EP, the bubbly trepidation of double A side 'Mind Tricks/Birdsong Lullaby' and the more complex and serene ‘Great Ideas’ EP. All three were important steps towards manifesting the right combination for the eagerly anticipated debut.

Khan confesses that once upon a time Fake Laugh was “a bit of fun on the side”. However, now with the project his sole focus, there’s a revitalised commitment to recording that has seen him finishing the album this year. Reuniting once again with producer Theo Verney (Traams, O.Chapman) in Brighton, Khan has brought the intimacy of his bedroom and added it to a more luscious environment. Certain parts of the record date as far back as 2013, whilst others were recorded only in the past few months. The result is a record that flows with a wise but youthful abandon. Echoing latter Belle & Sebastian records - that retained their adolescent flare and longing - Khan has fortified his dreams rather than forgotten them.description from www.roughtrade.com