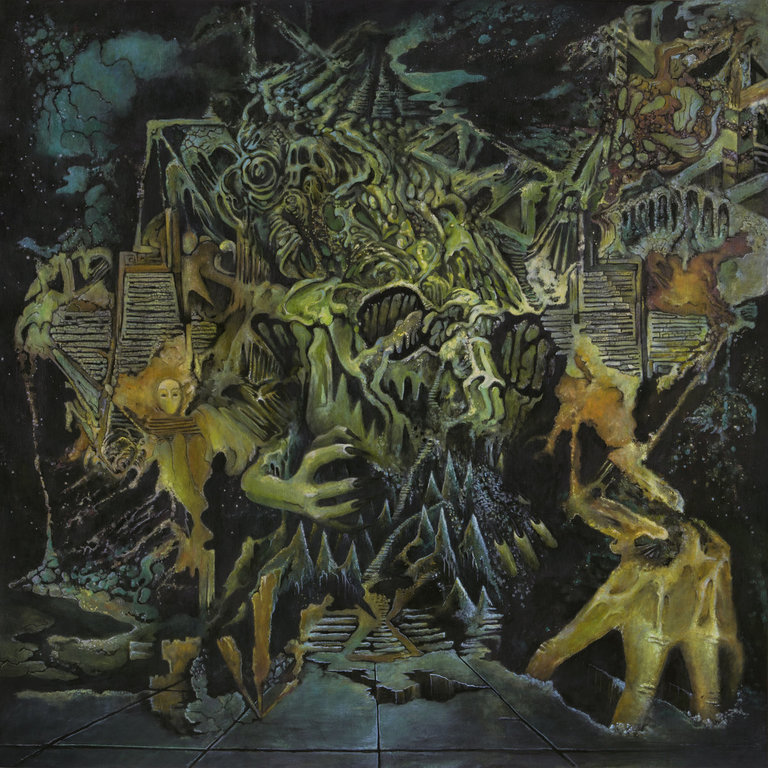 King Gizzard & The Lizard Wizard - Murder of the Universe

A lot of things about Murder of… shouldn’t work, but they just kind of do»

Showing no signs of slowing down, Geelong’s King Gizzard and The Lizard Wizard release Murder Of The Universe, the second of their five albums set for release in 2017. Broken down into 3 distinct ‘chapters’, the track listing of the sprawling 21-track album, which is concerned with the downfall of man and the death of the planet. The album was recorded at Flightless HQ in East Brunswick, Melbourne Australia in early 2017 and produced by the band’s Stu Mackenzie. Lit by thunderclaps and lightning, Murder Of The Universe inhabits a sonic landscape of death, decay, ossification, fossilisation, rebirth. It is a place occupied by wandering shape-shifting beasts, bleeding skies, pools of blood, great fires and mushroom clouds; a planet rent asunder by conflict. A disorientating experience, the album hinges on three distinct sections that rise from larval beds, and whose lyrics should be carved in stone, squeezed from moss, discovered in ancient runes. And all the while a passing cast of characters imbue the tale with both human and non-human emotions. Snippets of earlier recordings breakthrough collection I’m In Your Mind Fuzz and Nonagon Infinity resurface throughout like ghostly shadow form to haunt their latest sound. In years to come King Gizzard and The Lizard Wizard will be judged not by their separate albums, but by a body of work where themes, melodies, motifs, riffs and ideas resurface and recur, each album peeling back a layer of the onion to glimpse at past and future alike.
description from www.roughtrade.com