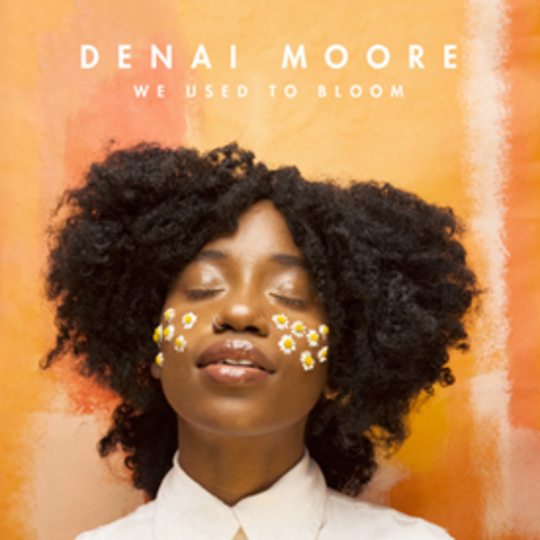 That music can be considered therapy is a well-worn observation. Indeed, there are points in this album where not only do you feel you’re undergoing your own therapy session, but that you’re a fly on the wall for Denai Moore’s therapy sessions. This is testament to her lyrical skill, and her fearless approach to tackling topics that many still find uncomfortable to talk about. The lead single, 'Trickle', is a song that was born following a period of anxiety for the artist. While approaches to mental health within society are thankfully changing, anxiety is still a very misunderstood demon. In the same way that depression isn’t just someone ‘feeling a bit low’, anxiety isn’t equivalent to a person ‘feeling worried’. When it hits, it can be all consuming, and for many, it never truly disappears, lingering in the corner of a mind. While it affects everyone differently, 'Trickle' provides a snapshot of the artist’s personal struggle that encapsulates how so many feel, or have once felt: “Too nervous to be on my own now, I find you in everything”.

'Trickle' is immediately followed by 'Twilight', a similarly heart-wrenching song, which touches on themes of being unavailable, connections, and the feeling that everything could be falling apart. From hereon in the album tugs at all manner of emotional heart strings that mirror the inner-thoughts of many people - especially the younger generation that are trying to enter adulthood amidst financial cuts, devastating world events, and the traps of social media. 'Bring You Shame' explores the conflict that many of us experience, between self-interest and altruism, while 'Poor Person' is the desire to be financially rich, often at the expense of being rich of soul.

As a singer who’s collaborated with a variety of artists, Denai has continued the tradition of using her albums to showcase her standalone work. The only guest feature on We Used to Bloom comes from heavy-hitter Kwabs on the last track, 'All The Way' and it’s a match made in heaven. The chemistry and connection between the two voices is captivating, and it brings to a close a sensitive, poignant album, in an uplifting manner.

Accompanying these well crafted lyrics is a melting pot of instruments and sounds that wouldn’t be amiss at a joyful gathering. There are a multitude of different sounds that unexpectedly occur, jarring with the rest of the song, but also giving it a gloss you wouldn’t have expected. Prime example here is 'Desolately Devoted', where towards the end of the song, there are background motifs that run in direct contrast to the dominant harmonies.

There’s a juxtaposition that runs throughout the entire album; vulnerable lyrics and assertive, flamboyant instrumentals. Although at times it dangerously verges into territory where all the songs start to sound eerily similar, at ten tracks, it manages to not feel overdone. In the same vein, there is often a pressure felt by artists to constantly try and be new and experimental, constantly taking their music in different directions. It’s now an insult if you stick to a certain formula that works well for you, which is a shame, as it often means artists aren’t ‘allowed’ to showcase the sound that works well for them.

Denai has said that the album’s title reflects her feelings 'that I’m past the blooming part of life and I’m now growing into the person that I am today… this whole album, realistically, is just about personal growth'. And herein lies the beauty of We Used to Bloom. It’s a confident, naive, sensitive journey that plays to all of the strengths of the artist without sounding ostentatious. It’s an emotional listen, but a necessary one.