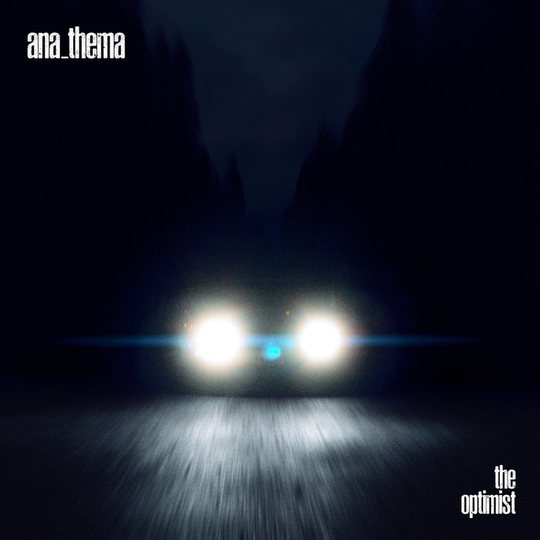 It can’t be easy being Anathema sometimes. Emerging as more of a doom metal outfit in the early Nineties, they’ve slowly changed direction ever since, and now in 2017 they’re makers of gloriously widescreen prog-rock, something that I’m willing to bet their early, more hardcore fans still find hard to take. Still, detractors and I-remember-when-they-were-heavier pedants aside, they’re easily one of the most interesting and creative bands currently sifting around the country, regardless of genre.

Taking their creative jumping off point for The Optimist from their 2001 album A Fine Day To Exit, the record flows thematically as a sort-of sequel, charting the exploits of the main characters (I did say this was prog we’re talking about here) and exploring what they’ve been doing in the intervening 16 years. Musically however, it’s a lot closer to their previous album, 2014’s Distant Satellites – somehow simultaneously managing to sound as huge as that record, yet tighter and more together as well. The electronic influence gets an upgrade too, with the Thom Yorke-esque skittering computer rhythm underpinning the soaring vocal and power chord riffs of opening gambit ‘Leaving It Behind’, the 303 squelches and M83 synth lines in the sync-tastic ‘San Francisco’ and the surging snare hits in ‘Wildfires’ all make good on the promise shown on Distant Satellites’ varying degrees of electronic experimentation. All too often rock bands (and especially ones of a certain age), attempt to dip a toe in the electronica world as a bit of an afterthought - just bung a bit of synth on it! - but here Anathema get the balance just about right - nothing dominates or overstays a welcome, and I guess the most important bit is that nothing sounds cringe as fuck either.

Elsewhere, dual vocalists Vincent Cavanagh and Lee Douglas are both on fine form, and both manage to carve their own inimitable style across the 11 songs here. Recorded more as a live band, and less an exercise in pro-tools cutting and pasting, The Optimist definitely benefits from having all six members in the same room - things feel a lot less choppy and there’s a definite flow to the record as a whole.

Piano plays a much greater part in the Anathema sound too, elevating the record from a purely guitars-and-massive-drums type of thing into something a lot more grander, and something with a lot more ambition - I mean, the guitars and the massive drums are both great (the drums sound fucking amazing on this thing, btw), but here the piano and string sections really help give the band another avenue to really get stuck into.

With a definite thematic pulse running through the thing, and sound effects pinning the story at different places throughout the record, it’s obviously very prog. Not a bad thing really, but if you’re after an easy going album, this probably isn’t it. A kind-of condensed version of Floyd’s Wall, but without the meandering psychosis, and played primarily by a metal band, The Optimist has lofty ambitions, and succeeds in the most part, scuppered only by a few mis-steps which, looked at in the grand scheme of things don’t really matter, but you do get the nagging feeling that if left on the cutting room floor, the record would’ve benefitted. ‘Ghosts’ maybe ambles along for a little too long, and on ‘Close Your Eyes’, a haunting piano-and-bowed guitar vehicle for Lee Douglas’ sultry croon, a smokey jazz-noir waltz appears out of nowhere, and immediately flips the atmosphere from a drifting darkness to a sentimental pastiche. The almost-Oasis string section on the otherwise epic closer ‘Back To The Start’ over-eggs the pudding ever so slightly too, switching gears from gloomy prog to terrace sing-a-long territory.

Anyway, that aside, on The Optimist, Anathema really do cement their title as one of the UK’s most revered rock bands, prog or otherwise: it’s a big jumble of ambitious ideas, executed near-perfectly - a mess, but a big, sprawling, dense, euphoric, beautiful one.