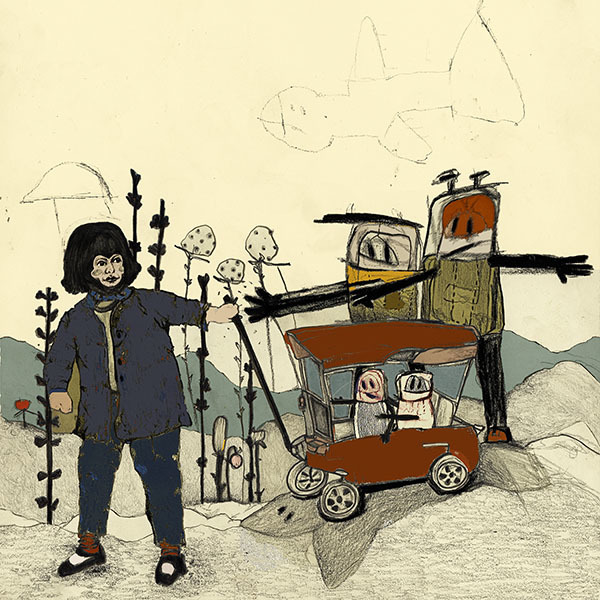 Girlpool made their mark with a spare, simple sound - two guitars and two voices, with absolutely nothing else accompanying them. It was an original, intimate sound, and it made the two sound like they were united against the rest of the world. But on their new album, Powerplant, they’re trying something else. They’re playing with a full band. Over 10 days in August 2016, Girlpool holed up at Los Angeles’ comp-ny studios to record and mix Powerplant with Drew Fischer. For the first time, Harmony and Cleo were joined by a third performer, drummer Miles Wintner, a friend who easily meshed with the tightknit duo. The 12 tracks that compose Powerplant grow and burn with greater fire than the duo have possessed heretofore. Both bandmates were heavily inspired by Elliott Smith, the Cranberries, the Cocteau Twins, Brian Eno, Arthur Russell, and Graham Nash; the influence of each appear in the record’s deliberate and intricate guitar work (Fast Dust, She Goes By) as well as its embrace of dissonant noise (Corner Store, Soup). Perhaps what really makes Powerplant a home run is that Girlpool understand exactly how to use their incisive lyrics, soft textures, hushed harmonies, and soaring hooks for maximum emotional impact. In these moments, when Harmony and Cleo’s voices join together to deliver transcendent transmissions straight from their hearts, Girlpool become a league of their own.
description from www.roughtade.com