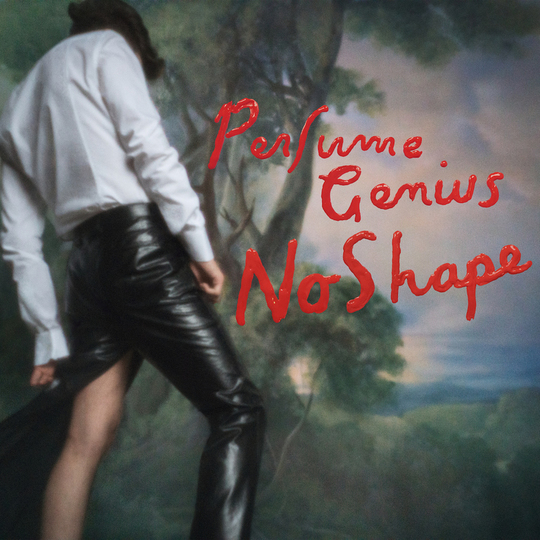 Perfume Genius’s fourth album is somewhat harder to classify than his previous efforts. Whereas his first two records — Learning and Put Your Back N 2 It — were steeped in lush piano balladry and 2014’s Too Bright was very much in the key of dirty, defiant glam, No Shape draws from an array of musical styles: pop, soul, goth and glam rock are all encompassed. What all Perfume Genius —aka Mike Hadrias— records do have in common is their raw confessional nature, their willingness to lay bare personal demons and their unapologetic queerness.

Elsewhere on the record is a smorgasbord of musical elements. ‘Just Like Love’ is a distant cousin of Culture Club’s ‘Do You Really Want to Hurt Me?’ until the chorus kicks in, abandoning the reggae of the verses and going all out on the swooning strings. Unlike ‘Do You Really Want to Hurt Me?’ however, ‘Just Like Love’ is more defiant than wounded, with its refrain of, “They’ll talk/Give them every reason”. Second single ‘Go Ahead’ is awkward lo-fi soul with glitchy beats. ‘Valley’ is a comforting, wistful tune begging the question: “How long must we live right before we don’t even have to try?” Existential quest? Two fingers up at society’s belief in queerness as wrong? Both? Neither? Either way, it hits the heart. ‘Choir’ is sexy, ghostly and claustrophobic. Opener ‘Otherside’ begins with stripped down vocals and piano before exploding into lush synths and vocal textures that sound like the shattering of a thousand crystals.

With such a range of musical stylings on one record, No Shape occasionally sounds more like a collection of songs than a unified album, at times this can be a bit stifling to the listener. Some songs also don’t quite hit the spot of emotional resonance you feel they were aiming for. For example, breathless piano ballad ‘Every Night’ feels a little laboured and underwhelming on an album of such colour and texture elsewhere. But these are minor flaws in a record with many a moment of gorgeousness.

No Shape closes with a song dedicated to Hadrias’ boyfriend and collaborator, the eponymous Alan. I usually find overt partner dedications overly schmaltzy but you can’t help but feel its been earned by Perfume Genius given the homophobia and bigotry upon which his previous record Too Bright focussed. We still live in a world where straight people get a pat on the back for openly declaring their love and queers, particularly those of the femme male variety, get a punch. In this context ‘Alan’ is a sigh of relief and No Shape is a punch back.