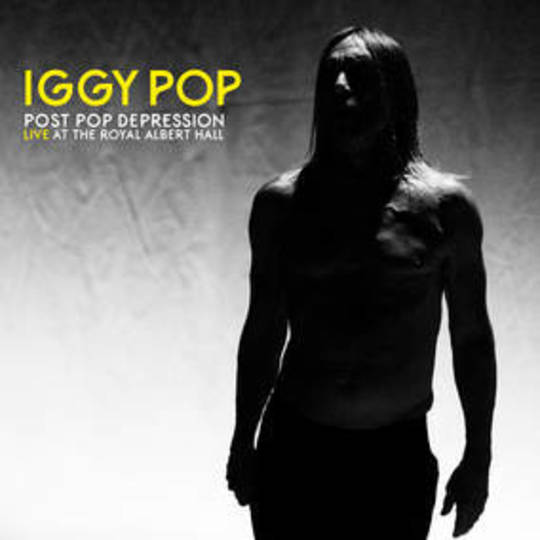 When this writer reviewed Iggy Pop’s Post Pop Depression for another publication last year, the advance copy of the record came complete with an excitable note from the editor.

'They’ve been billing this one as his last,' he wrote. 'Certainly has an air of finality to it. He burns out with a rage on that last track. Fucking ace!' Rumours did indeed swirl around the album, Pop’s eighteenth, that it was intended to serve as his swansong. There was never really any outright confirmation of this, though, and perhaps instead that line of thinking was drawn from the fact that it was Pop’s first release since the deaths of his contemporaries and fellow visionaries Lou Reed and David Bowie.

The loss of his old friends had brought home to people that Pop wasn’t going to live forever either. As with Keith Richards, there was always an underlying sense that given that the likes of Reed and Bowie had survived years of dedicated chemical self-experimentation without apparent adverse consequence, they were somehow a touch closer to immortality than the rest of us. Suddenly, there was a realisation that Pop, who has just turned 70, was in his twilight years, too. Even though he’s in remarkably good shape, his fans were finally forced to acknowledge that to everything, there is a season.

Said awakening seems to have served to make Pop seem at once more precious to the rest of us and, for his own part, more vital. Post Pop Depression was no nostalgia trip; it fizzed with genuine, forward-facing vigour, typified by the all-star and decidedly modern backing band that cut the tracks with him. That group, featuring Josh Homme and Dean Fertita of Queens of the Stone Age on guitar and Arctic Monkeys’ Matt Helders behind the kit, joined him for the first leg of touring, too, and were present and correct at the London show that Post Pop Depression: Live at the Royal Albert Hall captures.

Unlike so many live albums, this special Record Story Day edition is not a truncated affair - it’s the gig in question presented in its entirety, and accordingly, it runs just shy of two stirring hours. The energy level seldom even so much as threatens to dip and, whatever you might say about Reed and Bowie, neither of them were playing rock concerts of such raw effervescence at the age of 69. The decision to open with ‘Lust for Life’ is incendiary and this particular rendition strikes a potent balance between old-fashioned swagger - the kind of sneering cool that Homme, funnily enough, has always made his calling card - and the vibrant physicality that emanates both from Helders’ percussive work and Pop’s vocals; a touch rougher than in his heyday, understandably, but still dripping with a snarling arrogance.

Most of the classic cuts are scored through with that fresh drive, as evidenced by the strut of the guitars on ‘The Passenger’ and the hectic punk exercise that is ‘Sixteen’. The languid sex appeal that’s always defined ‘Nightclubbing’, meanwhile, is cranked up a notch with Homme on board - it’s hard to believe Queens have never covered it before. Eight of Post Pop Depression’s nine tracks are represented, too, and stand up well; the atmospheric likes of ‘Break Into Your Heart’ and ‘Gardenia’ don’t lose a great deal in the translation, but do gain a touch of additional vivacity when the band are this tight.

All live records are going to come with the caveat that you lose the visual aspect of the show and in the case of this one, that’s obviously quite a blow; these days, a lot of the magic of Pop’s live show is in watching the man defy his advancing years quite so aggressively. It’s not just that he’s energetic; recent live footage suggests he’s downright maniacal, flinging his still-slender frame around the stage with almost disconcerting dynamism. With his improbably blonde, shoulder-length hair and a penchant for shirtlessness that exposes not skin but a sort of leathery hide, he still looks every inch the rock star, and his command of the crowd perhaps suggests that the truncated DVD/Blu-Ray/download of the film would be a shrewd investment. After all, it should be worth the price of admission alone to see him summon up chaos in the hallowed surrounds of a building usually reserved for far more civilised behaviour than this guy’s ever been interested in.

Last year’s television coverage of Isle of Wight festival featured an interview with The Kills, right after they’d just caught Pop’s set. They are not, by any stretch of the imagination, a band lacking in archetypal rock and roll stage presence, and yet both looked and sounded a little taken aback by what they’d just seen. 'It’s worrying,' said guitarist Jamie Hince, 'because you always think that the legacy of punk can be inherited, copied and passed down, but when you see Iggy, you think, “actually, maybe it can’t." Maybe it’s just in that body, that generation, and it’ll die out eventually, just like the old blues guys did.'

By the time you reach the end of Live at the Royal Albert Hall, and you get to ‘Paraguay’, the track the aforementioned editor had been referring to, you hear Pop spitting a vitriolic array of insults about modern society over a cacophony of guitars and realise that Hince has got a point. We still don’t know if this is where the curtain comes down for Iggy Pop, but if it is, he went out in a white-hot rage against the dying of the light.