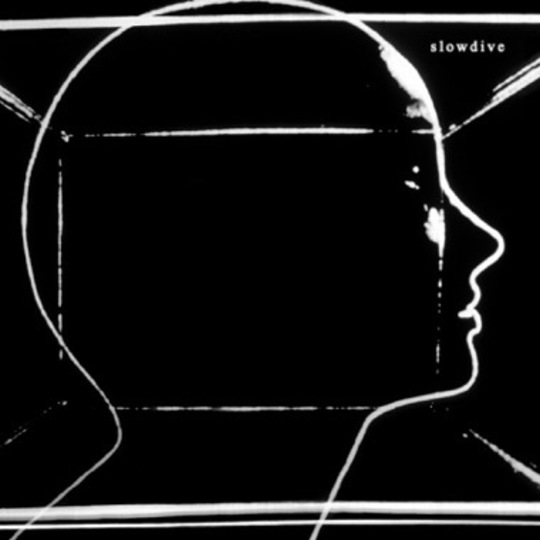 One band who've enjoyed something of a renaissance amidst the spate of recent reunions is clearly Slowdive. Unfairly maligned and ridiculed by sections of the music press first time around, their music has managed to achieve what any self-respecting artist strives for: a timeless quality not only revered by consumers and fans, but also becoming one of the most influential bands from the past two decades in the process. Unthinkable as it may have once seemed, the likes of Mogwai, M83 and even Deafheaven probably would not exist in their present guises were it not for Slowdive.

Their self-imposed exile and subsequent reformation didn't just reignite interest in their wares, it also reaffirmed the band as one of the most innovative of their generation. A band not afraid to shamelessly channel their own influences - My Bloody Valentine, The Cure and Siouxsie & The Banshees (from whom they got their name) - into creating occasionally experimental but always fulfilling pieces of textured ambience that has since become Slowdive's trademark, if not signature sound.

So when the band got back together in 2014, initially for a handful of one off gigs and festival appearances, it didn't take long to work out there would be more to come in the none too distant future. Having confirmed to Drowned In Sound in October of that year their reunion was anything but an exercise in nostalgia, rumours of a new Slowdive album started to simmer before rising to the surface at the turn of 2017 when 'Star Roving', their first new material in 22 years was unleashed to an unsurprisingly overwhelming response.

Driving in mood and anthemic in delivery, it represented arguably their most accessible five-and-a-half minutes to date, its soaring melody and Rachel Goswell's delightful bridge vocal owing more to popular music than any ambient soundscape. What it also provided was something of a rallying cry to arms from a band whose career first time round had been a constant battle for acceptance. "Nothing left to lose, nothing left to fight" declares Neil Halstead at the end of its second verse and he's right.

Despite Slowdive being their first long player since 1995's Pygmalion, the band really don't have anything to prove. It was recorded throughout last year: initially at The White House in Weston-Super-Mare where they recorded their first demo before moving to The Courtyard in Oxford, another setting that holds fond memories for the band first time round, having recorded all three previous albums there while its owner Chris Hufford produced both Just for a Day and Pygmalion. As drummer Simon Scott said when DiS spoke to him recently, this was where the songs began to take shape and Slowdive eventually blossomed into the distinguished creation that stands before us today.

Bearing in mind the influence they've had on music since the last time they were together in a studio, it shouldn't come as too much of a surprise that Slowdive sounds exactly like the record you'd expect Slowdive to put out in 2017. Progressive yet not unduly dissimilar to what's gone before, but by the same token anything but a rehash of former glories. Which judging by the music Halstead, Goswell and Scott have all made in the intervening years, would have been decidedly out of the question at any rate.

Opener 'Slomo' starts delicately, its shuffling beat reminiscent of an ambient dance track before Halstead's otherworldly vocal takes centre stage, joined harmoniously by Goswell as the song eclipses without ever losing direction. Delving through Slowdive's canon, its perhaps closest in structure to the experimental sounds that permeated Pygmalion, and while Halstead and Christian Savill's guitars float elegantly high in the mix, there's an electronic sheen scratching the surface. As introductions go it's quite deceptive, as the aforementioned 'Star Roving' and equally flighty 'Don't Know Why' follow suit. With post-punk stylings that aren't a million miles away from Interpol's more rumbustious moments, it provides another shining example of Slowdive's dalliance with pop while making this record and as a result finds itself becoming an early highlight on the album.

So when recent single 'Sugar for the Pill' arrives in all its soothing glory, it reveals another side to Slowdive's make up. Although not as immediate as either of its predecessors here, Halstead and Savill's chiming guitar covers the song in a radiant veneer that makes lyrics like "Lying in a bed of greed, you know I had the strangest dream" sound all the more comfortable as a result. Both 'Everyone Knows' and 'No Longer Making Time' return its creators to the pop chagrin they've embraced so masterfully on Slowdive thus far. Where the former lulls the listener into a false sense of security via its traditional mediterranean style intro before taking flight of fancy by the first chorus, the latter unveils another unlikely source of inspiration towards the making of this record; Emily Brontë's 'Wuthering Heights'. "Kathy don't wait too long, we're no longer making time" says Halstead at the dawn of each chorus.

As Slowdive enters its final third, both penultimate number 'Go Get It' and closing piano driven epic 'Falling Ashes' find the band in a slightly offbeat experimental mode. While the former's eerie ambience and opulent middle eight crescendo draws comparisons with Sigur Ros or to a lesser extent, 'Rutti' off their last record, in turn suggesting the wheel may have revolved full circle over its 22 year axis. The latter's deftly constructed piano loop fitting impeccably with the song's sentiment ("Thinking about love..."), aptly delivered by Halstead and Goswell in sweet harmony. It's a bold closing statement that lasts a full eight minutes, possibly hinting at Slowdive's next musical adventure in the process. Because you can bet your bottom dollar that after making such a grandiose and spectacular comeback as this, the wait won't be anywhere near as long for the next installment.

A majestic return that doesn't just fill in the gaps, but points unflinchingly towards future horizons.