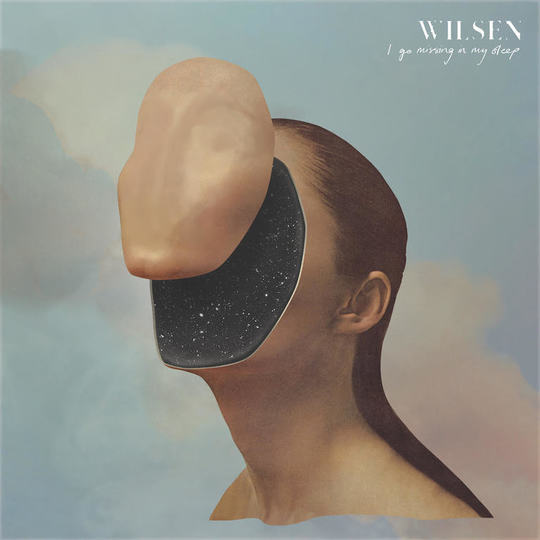 So common are those affected vocals that have you wondering if this singer always sounds a little bit like they've got a cold when they speak in real life, or as if they're cooing at a baby, that it's a real surprise when you hear something different. Especially when what you're about to listen to has been labelled 'dream folk'. Tamsin Wilson, front woman of New York-based trio Wilsen, has a voice that commands attention for its lack of these irritating inflections and affectations. It's not showy, but it's compelling, each line sung tenderly, the lowest hum or gentlest consonant delicately and exactingly placed.

And that level of intricacy and subtlety requires sensitive accompaniment. These songs don't lack structure or melodic hooks, either – so it'd be all too easy to pummel them with showy, boisterous guitar, bass and drums, leaving no space for the vocal to sit intimately on top. But through bandmates Drew Arndt and Johnny Simon, there's a beautifully balanced accompaniment that only ever threatens to overwhelm – but never does.

The band's debut album I Go Missing In My Sleep follows a 2013 double EP, and another EP, Magnolia, in 2014, which has seen them steadily gain traction since. It's not been a meteoric rise; rather, their reputation and streaming stats (sorry) have grown naturally based on word-of-mouth recommendations and slots supporting the likes of Daughter and Matthew E. White.

The former begins with the line "Oh, I wonder how you move your hundred little legs": not the most poignant set of lyrics, but they acquire meaning as the song moves on and wraps you up. The guitar starts to dance playfully above a thick, glitchy layer of sustained chords and layered vocals to the point of it being seductively cloying, as if you're trying to make your way through damp earth. And then back it drops, just the fluttering drums keeping up the pace, faking restraint while Wilson asks, "So won't you stay the night, dear, and tell me I belong?"

'Otto' is a masterclass in production – or knowing when to stop. A barely-there electric guitar hook, pared-back staccato drums and perfectly placed harmonies make this standout track all about atmosphere. I Go Missing In My Sleep was written in the early hours of each morning, when the rest of New York slept and there was enough quiet to write and hone, uninterrupted. It's in songs like this that you can hear that stillness, a sense of being privy to a part of the day that nobody else can see: 'Did the dark swallow you whole? Did the sea get your ghost?'

In 'Dusk', we get an even stronger sense of time and place. As Wilson sings "I am on the fence looking for some hope for us. Now the day is gone the dusk descends", there's a sense of calm acceptance of change around her – a satisfied resignation. Nature is seen as an unstoppable force, with light 'casting this town green' and there being 'nothing finer than the draw of summer'. As she repeats 'the dusk is rolling in', there's pleasure to be taken in knowing the world around her will change, but feeling no pressure to change with it.

I Go Missing In My Sleep is a collection of beautiful songs made infinitely more beautiful by the way they've been meticulously put together. The lightest touch lets Wilson's exceptional vocal sit effortlessly close, without sacrificing complexity or interest. It's all there underneath, quiet, restrained and delicate, waiting to be discovered on a second (or third...or fourth) listen.