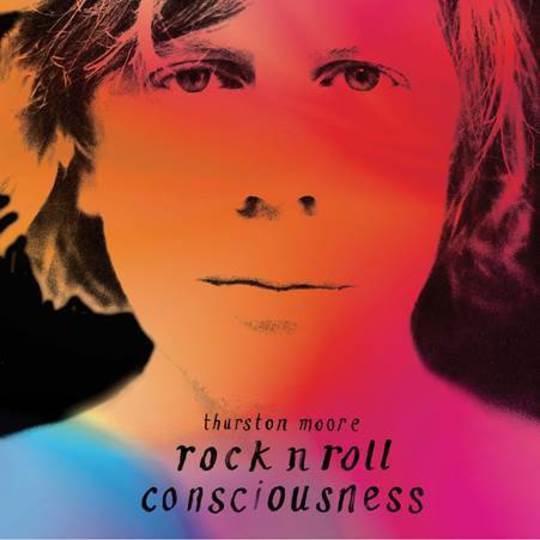 In its Season 6 finale, ‘Partings,’ everything in Gilmore Girls is up for grabs. Rory’s relationship with Logan has a London-shaped hole in the middle, Lorelai and Luke have nothing left to offer as a couple, and even the creators of the show have walked away. That season had been something of a rebirth, striking out on a darker path and away from the warm narratives that had preceded it. All that now remained was doubt. Amid all the finale’s upheaval was Thurston Moore, Kim Gordon and Coco Hayley Gordon Moore, standing in Stars Hollow town square and hacking through ‘What A Waste’. Sonic Youth’s unpredictable eruptions had been remarkably diegetic in the series up to this point, pouring from Rory and Lane’s stereos as they drank in anger, heartbreak and joy. The Gordon Moores’ physical, Babadookian presence in the centre of town served as a reminder that we were reaching breaking point.

And so it is with Thurston Moore. The Best Day was his Season 6, welcoming and alienating in equal measure. It relied less on attack, but also wasn’t yet comfortable enough in its own skin to stand alone. Take something like ‘Forevermore,’ which drew more from doom and sludge than Sonic Youth ever did. It was really exciting to hear Moore explore new tones within his guitar playing, but when it bookended by ‘Speak to the Wild’ and ‘Tape’, it felt like an oddity – a brief digression that apparently warranted no further attention. After 20-odd years of listening to Thurston Moore, by the end of The Best Day, I didn’t feel any closer to understanding him as a human. The appeal of Sonic Youth lay in the visceral, the primal – the people wrestling the instruments were mere conduits. Now that the safety net of the band had been removed, I guess I wanted, or felt like I deserved, a more personal connection with a record that carried the artist’s given name on the cover. I’m aware how selfish that sounds, but for all our claims at objectivity, listening to music is a truly selfish experience. All we want is something that speaks to us, and us alone.

This is why Rock n Roll Consciousness is more valuable than The Best Day – it’s a body of work that exists apart from Moore’s previous output, dedicating itself to new ideas and the exploration of how he fits within them. This continues where ‘Forevermore’ left off, bringing post-rock to the fore and keeping lyrical contributions from becoming too intrusive. Aside from pre-release track ‘Smoke of Dreams’, there’s nothing here that could be comfortably categorised as a song, and even that is over six minutes and allows itself a meandering solo that conjures both Dinosaur Jr and Hendrix psychedelia.

Opening track ‘Exalted’ is a patient start, with chiming Do Make Say Think guitars followed by the sort of booming middle section you’d expect to hear from Australasia-era Pelican. This leads straight into ‘Cusp’, which takes the approach further by beginning with the crescendo and drawing it out across the entire track, stripping back and piling on effects with minimal notice. Moore sounds looser than before, content to poke away at each composition until it comes out of hiding. The intonation he adopts is similar to that of Scott McCloud from Girls Against Boys – a clipped sing-speak that is content to play a supporting role. He’s aided in his endeavours by both Debbie Googe’s propulsive bass playing and James Sedwards’ adroit guitar contributions.

If this were a Sonic Youth record, it’d be a raging mess, but here everything works in unison, arm in arm towards the same goal. Although there’s only five tracks across the record’s duration, it never feels indulgent or self-conscious. There’s so much to discover, I don’t even miss ‘Cease Fire’ at all. Season 7 of Gilmore Girls let its characters drift away from what made them so compelling, and it collapsed in on itself among fading interest. While there will undoubtedly be some who bemoan the same failing within Rock n Roll Consciousness, there’s no way Thurston Moore is going to stop for anyone.