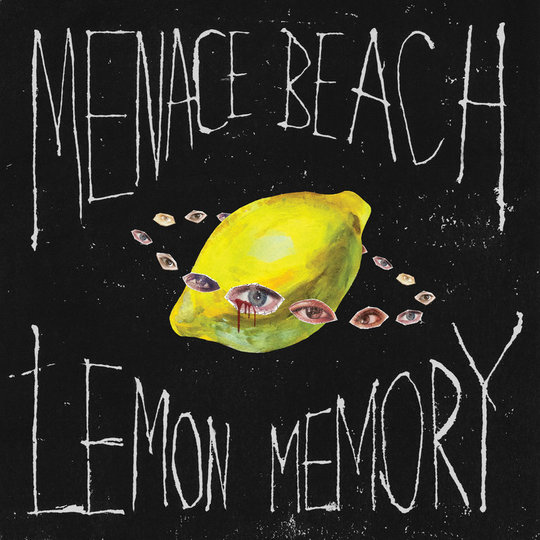 Reasons to like Ratworld, the first album from Menace Beach included: fuzzy guitars, variation without incoherency, self-aware fun to be had in their refusal to try too hard to be that original (backhanded though that might sound, it makes the record genuinely fun and really likeable). Who’d’ve thought a bit of consistency and confidence would be the last thing this band would need?

Second effort Lemon Memory makes me reasonably doubt whether I really liked Ratworld in the first place. On opener ‘Give Blood’, the sort-of duo's on-the-nose approximation of their own genre - complete with Gallagher-esque whinge - combined with the (here unwittingly) absurd rubbishness of the lyrical hook “Why’d you always sing about death?” sound like Vince Noir in a neo-grunge phase. Their previous shoulder-shrugging celebration of their own derivativeness feels like it’s curdled into an arrogant patronisation of the listener.

Indeed, an offputting cockiness seems to define most of the album. ‘Can’t Get a Haircut’ stomp-struts through four excruciating minutes of off-putting swagger, while the sneer of ‘Sentimental’ is hookless, abrasive, angular. In just these two tracks, Menace Beach have encapsulated a whole spectrum of fuckboycore. Lemon Memory feels all about this newfound bravado, which, in finding, has cost the pair their likeability. It means that songs that might otherwise be halfway enjoyable, like the slackerish ‘Darlatoid’ and ‘Watch Me Boil’, and the dreamy, fuzzy ‘Hexbreaker II’, end up just adding to how grating the album is as a whole.

‘Owl’ might be another of these not-quite saving graces, had they not completely ruined the riff, made up of three perfectly good chords (hey, if they’re good enough for Nirvana and Hole…), with the jarring, hugely irritating and totally superfluous slide-staccato quavers. If that part of the riff literally just didn’t happen, the song might even be enjoyable - Menace Beach are at their best combining their fuzzy distorted guitars with their Liza Violet’s dreamy lead vocal. That part of the riff, which crops up in the main vocal line of the chorus too, makes the song near unbearable, and sounds like the laziest stab at inventiveness you ever did hear. There’s no shame in nicking a chord sequence off Nirvana - just ask Oasis - and sometimes, when you have done that, it’s best to leave well enough alone.

Elsewhere, songs like ‘Suck It Out’ – and maybe even ‘Give Blood’ – have the sense that they should work as pop hits. Problem is, they fall flat in not remotely bothering to be made up of words that people can grab onto, that can grab onto people. Their sense of lyrical aesthetics is far too weak for anthem-type songs not to be about anything, and you can’t have anthem choruses that don’t speak to people.

These half-arsed attempts at pop anthems feel off-putting in some of the same ways as the earlier stabs at fuckboycore: again, it feels patronising to hear ourselves being expected to 'really love' this. It’s crushingly disappointing from a band that can sound so much better.