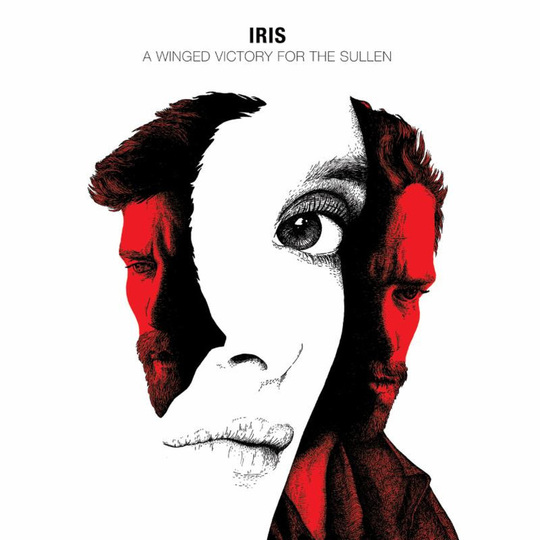 The sad fact is that film soundtracks often make disappointing stand-alone listening experiences. There are a few exceptions (the most notable one recently being Mica Levi’s superb 2014 score to Under The Skin) but by and large soundtracks tend to frustrate the listener with sound ideas that simply don’t work without the accompanying visuals, endless repetition of motifs that soon get stale or jarring disconnects in style and tone.

With this in mind, it is a huge pleasure to announce that none of these problems plague Iris. In fact, one of the best tributes that could be accorded to A Winged Victory for the Sullen’s third album is that you wouldn’t necessarily know that it even was a soundtrack if you came to it cold. A Winged Victory for the Sullen continue doing exactly what they’ve done so well over the course of their previous two albums: create ambient music that is both atmospheric and engaging simultaneously. However, whilst recognisably of a piece with their previous work, working with the demands of director Jalil Lespert has clearly forced the two musicians out of their comfort zones and Iris therefore represents an exciting evolution of the pair’s sound.

This sonic evolution hits you with full force in the second track ‘Retour au Champs de Mars’: a pulsing synth is faster and more full of urgency than anything that AWVFTS have put to record previously. Adam Bryanbaum Wiltzie and Dustin O’Halloran were presented with 'a script filled with tension, sexuality and darkness' which has clearly informed the more urgent sounds and feeling of momentum in Iris. Hanging over and above the action, however, the beautifully textured washes of sound that ground this track, and everything else in Iris, firmly in the recognisable A Winged Victory For The Sullen sound-world.

The shifting beauty of the sustained chords – the clearest link back to Adam Bryanbaum Wiltzie’s previous band Stars Of The Lid – form the background to ‘Gare du Nord Part One’ but they are joined again by more sinister and edgy synth work. I have no idea what the film itself is actually about but, if the soundtrack is anything to go by, then it is not going to make for a cheery night out at the pictures. One of the real successes of the soundtrack is how it manages to simultaneously convey both beauty and unease: it is easy to imagine Iris accompanying impossibly beautiful French people in various stages of psychological turmoil.

It isn’t until ‘Galerie’, three quarters of the way through, that AWVFTS's return to one of the sounds that formed such a characteristic part of the self-titled debut: Dustin O’Halloran’s suspended-in-mid-air-on-gossamer-strands piano chords. This is the track that sounds most typically A Winged Victory For The Sullen: over a beatless haze minor chords ring out and rise slowly upwards. Because this track is atypical of the rest of the album it shows one of the real strengths of Iris: it doesn’t sound like the duo are re-treading either of their previous albums too closely, but it still sounds unmistakeably like them.

One of the real strengths of A Winged Victory for the Sullen since their inception has been the way that they have managed to marry electronics with a full orchestral sound (in this case a 40-piece string orchestra recorded in Budapest) without the seams showing. This soundtrack allows them to play to those strengths whilst also pushing them out of a purely ambient space and into the creation of a work with far more movement and tension than before. Iris is that very rare thing: a soundtrack that can make a superb stand-alone listen.