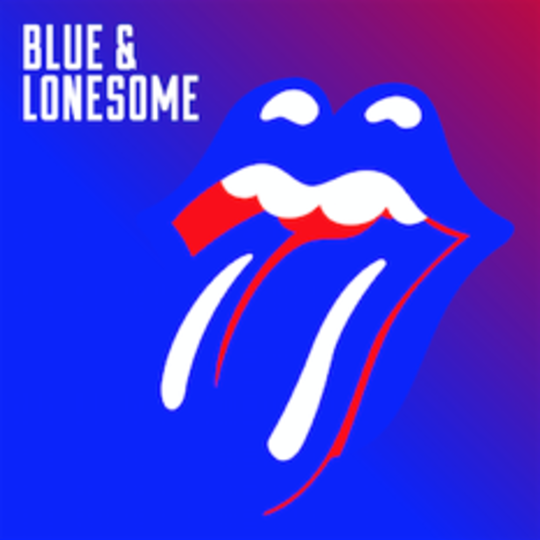 Here’s an illuminating quote from Aerosmith drummer Joey Kramer, plucked from an interview with Ultimate Classic Rock a couple of years back.

'It would be great to make another record, but it's almost, “why bother?” Records don't sell, and they don't do anything. There's no record companies to pay for it, so you have to pay for it out of your pocket. There's really no money per se to be made on records. We used to make a lot of money on records. Now all of our money is made on touring.'

However much you might take artistic or even factual issue with what Kramer was driving at there, you can see where he’s coming from. Once you’re a legacy act, especially one capable of filling stadiums, fresh creative endeavours are not strictly necessary, especially not from a financial standpoint. A new album is not going to be the thing that pays for your seventh house, your third divorce or your stratospheric coke habit. There is nobody on the planet that this is truer of than The Rolling Stones. Absolutely everything about them and the way they’ve operated since, to be generous, the early Eighties has been more in keeping with the conduct of a multinational corporation than any kind of rock band, let alone one that cut its collective teeth on rough-and-ready blues. Their recent career retrospective at the Saatchi Gallery, Exhibitionism, dedicated almost as much square footage to the group’s image and marketing might as it did to the music; it was telling that the room based around the tongue-and-lips logo was roughly the same size as the one housing a collection of classic guitars.

Also revealing was that, once you passed the halfway mark of the exhibition and swapped music for costumes, artwork and stage design, the input from Keith Richards, Bill Wyman, Ronnie Wood and Charlie Watts more or less ceased (Mick Taylor, in case you’re wondering, was mysteriously airbrushed from history entirely). Instead, nearly all of the commentary on the non-musical side of the group - whether printed on the walls or playing through the speakers - came from Mick Jagger.

This is an important point when it comes to talking about Blue & Lonesome. The band’s first new record since 2005 challenges a very long-held perception about the nature of the relationship between Jagger and Richards; the latter’s supposed to be every inch the gnarled old bluesman, with the former being all about fame and flash, renowned for promiscuity both musically and privately. Since 2012, when the pair called an uneasy truce in order to take the band’s fiftieth birthday party on the road, Richards has consistently claimed that a) he was eager to get back into the studio and b) he was struggling to bring his bandmates around to the same way of thinking.

It is for all of these stated reasons that Blue & Lonesome feels like such an upset; it’s a record entirely comprised of blues covers, and yet it feels more like Jagger’s record than it does Keef’s. These are not the sort of blues tracks that you could ever really spin as being stylish or relevant, as you might expect Jagger to. We’re in aficionado territory, going right the way back to Chicago with the likes of Howlin’ Wolf and Willie Dixon, and yet it’s difficult to pinpoint when was the last time that the Stones made a record that felt this free of conflict, this far from being compromised by a clash of ideologies.

Jagger’s vocals have never sounded as well suited to undiluted blues than they do now. The funny thing is, his cords haven’t really been weathered by anything other than age. He’s been living clean for a long time now, not half because he probably never was that much of a hellraiser, even when he served as the poster boy for the Sixties counterculture; a bit like with the past week’s Kate Bush furore, it’s not like the signs haven’t always been there - he’s a cricket-loving graduate of the London School of Economics. But what he is now is old, having experienced more than most of us might in ten lifetimes, and that’s why he sells these songs so well. You hear his ragged, vulnerable turns on ‘Hate to See You Go’ and ‘All Your Love’, and you know you’re listening to a man well acquainted with heartbreak.

Not that it’s all the Jagger show. Ronnie Wood never has been afforded that much credit by Stones historians, having missed the purple patch of the late Sixties and early Seventies that produced Beggars Banquet, Let It Bleed, Sticky Fingers and Exile on Main St. In that respect, less-than-favourable comparisons to Mick Taylor were inevitable, and perhaps his biggest achievement as a Stone was keeping the band together during the cold war of the Eighties, when he more or less pieced together Undercover and Dirty Work on his own when Jagger-Richards relations were at their most volatile. His biggest problem, musically, has been that he’s a touch too similar to Richards stylistically to ever achieve the same purity of simpatico guitar-weaving that Keef managed with Taylor, which is why it’s nice that four years on the road seem to have helped the pair lock into each other much better than ever before on record; a ramshackle version of ‘Hoo Doo Blues’ is a real highlight, on which they sound truly close to capturing the studio telepathy they’ve craved for so long.

As reliable as Watts’ mastery of rhythm remains on Blue & Lonesome, Richards is still the band’s bedrock. Wyman once remarked that the Stones were one of those rare groups in which everybody else followed the lead guitarist, not the drummer, and as much as he was talking about tempo more than anything else, it’s a sentiment that can surely be applied in a more general sense. Richards never fell out of love with the blues, but so much of his recent work - from his autobiography, Life, to last year’s sturdy solo LP, Crosseyed Heart - seems imbued with a really touching, clear-eyed passion for the same records he spotted tucked under Jagger’s teenage arm at Dartford station more than a half-century ago. It’s nice to see that reach some sort of musical fruition on Blue & Lonesome, where his licks carry the knowing weight of somebody well aware that he’s assured of his place in the pantheon alongside his heroes - look for the fizz and crackle he brings to Wolf’s ‘Commit a Crime’, for instance.

The past 12 months have robbed us of the right to be complacent about the old guard lasting forever and there’s something about Blue & Lonesome that’s endearingly open, as if by revisiting the tracks that brought them together in the first place, the Stones are acknowledging their own mortality. Perhaps what’s most pleasing about it, though, is that it’s so difficult to feel cynical about this album. Remember - this is a band that gladly plays corporate shows for the right amount whilst pricing out all but the most affluent from their proper gigs. Their sets seldom include many tracks that postdate the seventies. You could feasibly argue that Jagger and Richards’ combustible friendship has proved more interesting than their recorded output ever since Some Girls.

And yet, even with all of that considered, there is a lovely, childish innocence to how much fun you can hear them having on this record, revisiting the music that once made them dream of making music their life’s work. At one point in his book, Richards calls Jagger the greatest blues harmonica player he’d ever heard, and on Blue & Lonesome’s evidence, you’d be brave to rebuke him; the mouth organ work here is every bit as important as the vocals and guitars. In reality, though, that’s never going to shift as many papers, or invite as many clicks, as 'KEEF: MICK’S GOT A TINY WILLY.' Perhaps it’s time to focus on the positives while we’ve still got the Stones. There’s no shortage of them here.