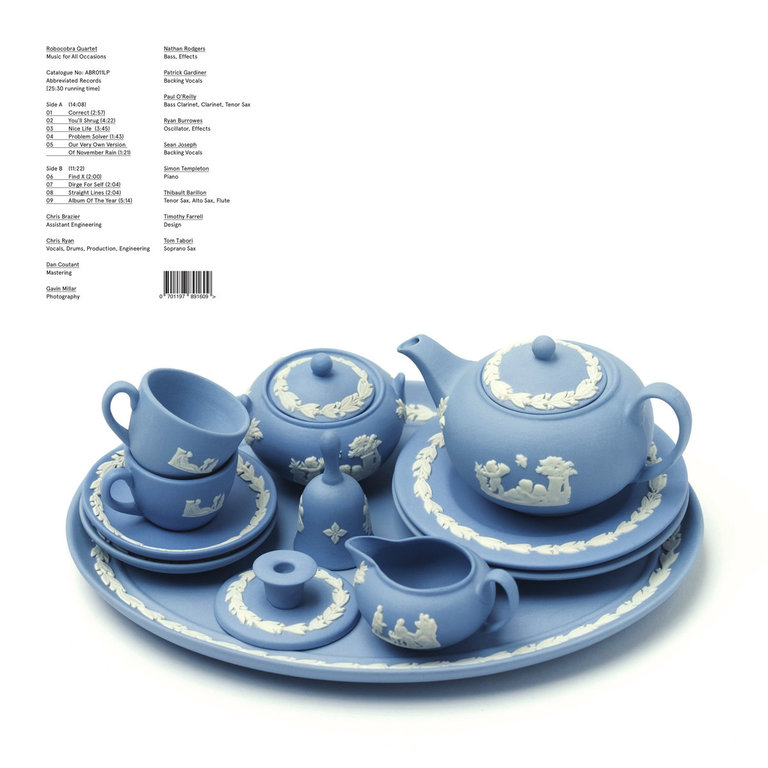 Robocobra Quartet - Music for all Occasions

A downtempo, but not downtrodden slab of noisy, jazzy, shouty fuckery. Sound.»

Mining influence from jazz, hardcore punk and contemporary classical music, Robocobra Quartet sound like little else. As an expanding, contracting and ever-changing collective, the group began performing live in 2014 while studying at the Sonic Arts Research Centre in Belfast, Northern Ireland. Since then, their no holds barred approach - centred on a howling drummer-vocalist and offset by menacing saxophones - has garnered the group a reputation as a must-see live act.Robocobra Quartet’s brew of spoken vocals, effects-laden bass, and raw improvisation has been bolstered by support from BBC Radio 6 and the PRS Foundation. This year has seen the band perform throughout the UK, Ireland and Europe whilst conducting recording sessions in studios and concert halls around Belfast. This culminates in the release of a 12" LP titled Music For All Occasions. Self-produced and released, the LP is the perfect calling card for the singular inimitable sound of Robocobra Quartet.
description from www.roughtrade.com