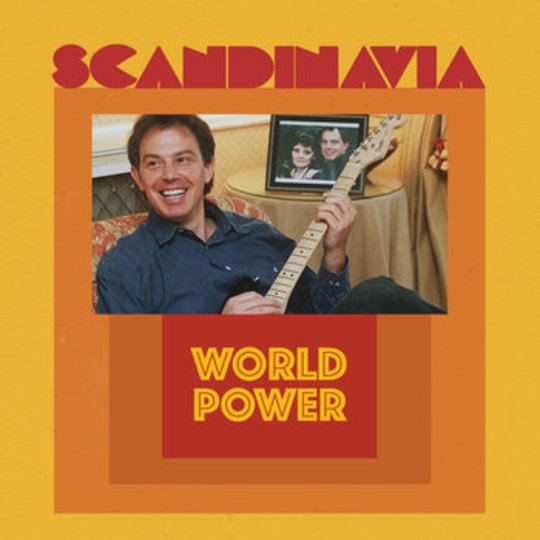 Everyone’s interested in cultural fodder but these days but, really, it’s just low-level entertainment as distraction - isn’t it? A Kendrick Lamar album is cool and very good - but that’s expected, it’s willed. It’s off the stereo within a fortnight. Culture has stopped meaning anything; that’s not what people want from music anymore. It isn’t a ‘call to action’ to a group of people to ‘do’ anything collectively (except maybe go to a festival to feel like they’re in a mobile phone advert). It's entertainment for the individual and the widest-reaching entertainment complies with marketing strategies; to be accessible while sounding sufficiently different to grant a sense of kudos to the uninitiated among their peers.

Yet as the web cumulatively opens up ever-greater access to smaller labels, and with that a thousand smaller and more personal revelations, for those who want it there are galaxies of unrecognised masterpieces out there. Hong Kong’s Artefracture label gets this. It constantly puts out exciting stuff (usually for very little) while being the only Hong Kong record company, despite its eclectic mix, to truly get punk music. Its latest release is from London/Hong Kong five-piece Scandinavia and wraps punk-reared thought provocation in candy-coloured pop wrappers. It’s a proper sour bomb. Lyrically it writhes with Buzzfeed cynicism and a melancholy hint of Britpop while also providing the first sincere (and successful) ’pop band’ album since Alphabeat’s debut.

And this comes as the band's fourth album.

World Power opens with ‘Dead Air’, a montage of soundbites that concisely cyber-streams our accepted media-fug of ‘unknown other’ anxiety back at us; there’s Russell Brand gesticulating, cries in Islam, Korean shouts and American sneers. In one minute our cultural obsession with scaring ourselves has been reflected back upon us and into our faces - and this realisation is kinda funny/pathetic, when you think about it. As this intro segues into ‘Ideology’, the lyrics deliver a huge ‘wake up’ thump in the face. It rolls out over a one note baseline while the verses are needle sharp: “It should never be said we want a new war/We’re not done yet with the old/ We’re all as crooked as a body in the battlefield/And twice as cold/We love a metaphor/Helps us to disguise the way we sell our souls.”

Yes please. It’s refreshing to have society’s flaws played back poetically. And over a killer backbeat too.

While World Power seduces with its well mannered, slightly arched-eyebrow, humour and obvious Hall and Oates obsession, it hates itself. And its self-deprecation makes it more British than a Shine compilation.

While the lyrics steal the show, the music shouldn't be overlooked. But the lyrics really do steal the show. ’Chandler Bing’ is a scathing attack dressed as homage to an era and piece of programming that mentally regressed humanity (“All the angels rejoice when they hear his voice/He is the Lord he is the King/Chandler Bing/Could you be any more annoying?”) the delicious irony is that, musically, this could be The Rembrandts.

If there is a lyrical quip that sums up how out of step this album is, and therefore why it should be so treasured, it’s in ‘Slightly Germanic’. It rolls out with guitar sounds that softly jog like Electronic before a disco hi-hat kicks into a flute riff under the lyric “Despite all of my attempts/I could never get into American Football”. Do they mean the band? Surely they mean the sport? Either way a very British-indie funny bone is teased until the song closes and the chord sequence becomes lush; the refrain “I could never get into American Football" is repeated like a mantra and it makes you feel sorry for them. You want to comfort them ‘it’s ok, they’re not really that great - you had to be there at the time.’

World Power may well remain unheard for most, but recipients can engage with an album that’s stuffed with soul and is smart enough to talk back.