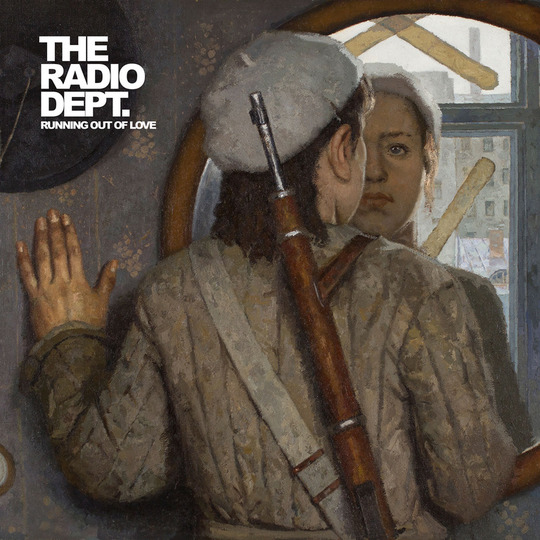 You can't listen to The Radio Dept., least of all Running Out Of Love, in the absence of political context. To the more removed among us, Sweden is the portrait of bliss - idyllic surrounds, progressive laws, good-looking humans. It's a role model for the rest of our feuding, collapsing nations. This is a country that has its shit together, passing laws against hate speech on the internet, while the rest of us struggle to revive our economies, feed our starving masses, and keep death tolls down to an acceptable minimum.

But all seems to be not so well in Sweden. In Sweden, if you want something done, get 'Swedish Guns'. This recent release from the album is a biting commentary on the country's weapons industry. The Radio Dept. have never been an aggressive band. You're not likely to hear a chest-thumping call to arms on their tracks, but you will almost always hear the echoes of faded hope and regret. 'Just take me by the hand/We'll make them understand…' they promise before falling back into the same jaded chorus 'if you want something done/get Swedish Guns.'

Thematically, 'Swedish Guns' plays off the next track, 'We've Got Game' - a nightmarish depiction of racism and targeted oppression which flashes images of laser beams, SWAT teams and gunshots against the band's trademark vintage Eighties synth backdrop. If there's anything the Radio Dept. does well, it's getting you to dance wildly to social commentary.

'Committed to the Cause' embodies this perfectly. It is the diamond in a sea of rubies. Driven by an uncharacteristically dense bassline and punctuated midway by a beautiful, swirling hook, its sheer hypnotism belies the nihilism beneath. "when our pain's over, It's someone else's turn/No point in staying sober, if we're gonna burn." Musically it's 4 am in the Hacienda. Emotionally, it's dawn on the last day of your life.

Release 'Teach Me to Forget' as a pure pop single and it'll climb to the top of the dance charts immediately with its popularly acceptable overtones of a tragic relationship (though it's second nature to read a dystopian political narrative into the lyrics by this point) and synths pulled from every nightclub playlist in 2014.

Perhaps the secret to the Radio Dept.'s inimitable ambience is their science of memory. There's not yet a band that can evoke the intangible nostalgia that the Radio Dept. do, but at least with this release we can be assured we don't need there to be.