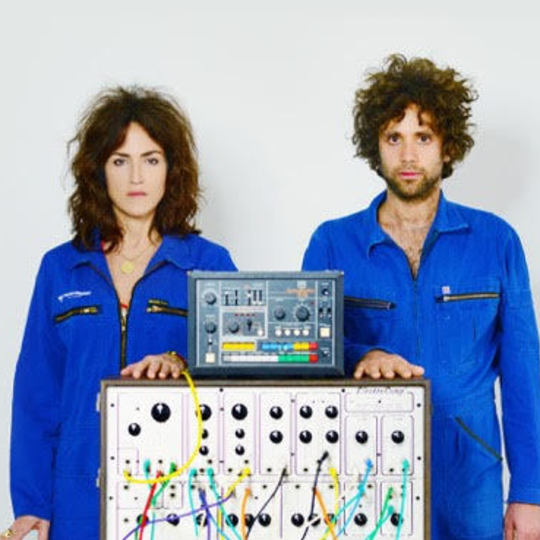 Let It Be You constitutes both the fifth album from Joan Wasser’s Joan as Police Woman and a debut for her collaboration with Benjamin Lazar Davis, which previously went by the name 2001. Since Wasser broke through as a solo artist a decade ago with the stunning Real Life her output has been consistently good and sometimes brilliant, though 2014’s The Classic is the weakest in a strong run, stretching for a sound that left its songs feeling over-stuffed and lacking the charm that records like To Survive hold in abundance.

Through collaborating with fellow Brooklynite Davis, however, Wasser sounds entirely reinvigorated. The pair met after separate trips to Africa, Wasser as part of Damon Albarn’s Africa Express, Davis to study traditional music. (That continent’s Pygmy music played its part in informing the sleek set of songs they’ve produced in Let It Be You.)

Wasser’s rich, distinctive tones aside, there’s little in her catalogue that sounds much like this album. ‘Broke Me in Two’ opens the record with a statement of intent, Davis’s chiming staccato electric guitar atop Wasser’s familiar piano line, and it quickly barrels into a giddy, fizzing rush of a pop song. “Did you ever have a moment when you / When you felt the ground move beneath you? / You doubled the rhythm on my tired and lonely heart,” Wasser sings breathlessly. The effect - of infatuation and euphoria so precisely channelled - is truly disarming.

It’s a shame, then, that the following, Davis-led ‘Overloaded’ is a bit of a clanger; a noble attempt at contemplating environmental concerns via sharp electronic pop, it’s propulsive and agreeable enough on a casual listen, let down by some particularly inelegant lyricism. (Maybe the bluntness is the point, but even so.)

For the most part, though, Let It Be You is a treat. Davis’s multi-instrumentalist nous is felt throughout, and it’s a pleasure to hear Wasser turn in such assured performances as on its nuanced, toe-tapping title track and the likes of ‘Satellite’ and ‘Violent Dove’. ‘Hurts So Bad’, meanwhile, though still guilty of some suspect rhyming on the part of Davis, is a far more successful affair than ‘Overloaded’.

Wasser has always been good value for a collaboration, and Davis, who currently makes up part of Okkervil River’s line-up and can count working with the likes of Anaïs Mitchell and Bridget Kearney among his many projects, adds a whole new dimension to her sound. ‘Station’, in particular, is a big, slow-paced ballad that hearkens back to the intimacy Wasser went for more often on her initial brace of recordings, until Davis’s guitar and some enormous drums crash in and it then lumbers, brilliantly, to the finish line.

It certainly isn’t perfect - the uniformly glossy production wears a little thin at times - but Let It Be You is a real return to form for Wasser, and one for which Davis is due ample credit; when the two hit their stride they’re undeniable, making more material from the two a tantalising prospect.