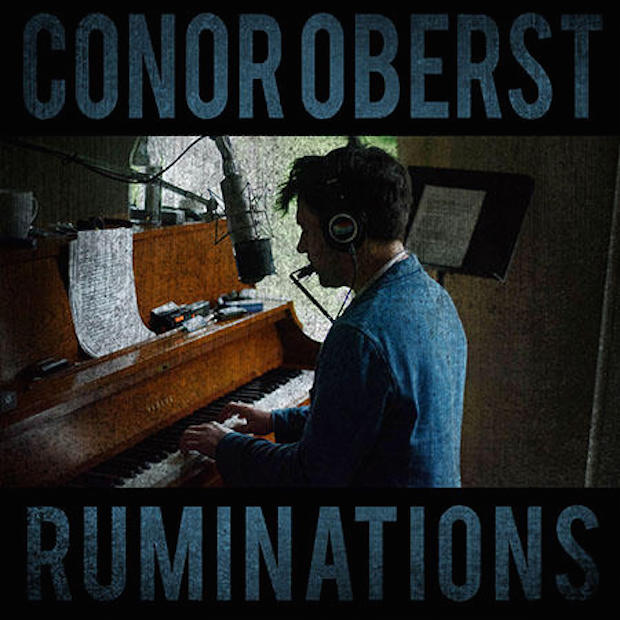 Its stripped-back songs are fragile things»

In the winter of 2016, Conor Oberst found himself hibernating in his hometown of Omaha after living in New York City for more than a decade. He emerged with the unexpectedly raw, unadorned solo album Ruminations. In Nebraska last winter, songs that hark back to that earlier era unexpectedly began to take shape. Oberst went to ARC, the studio he built with his Bright Eyes bandmate and longtime friend Mike Mogis, to record that music. With the help of engineer Ben Brodin, he recorded all the songs in the span of 48 hours. The results are almost sketch-like in their sparseness, and they ultimately became the songs that comprise Ruminations. These tracks do not have the multi-layered instrumentation of the most recent Bright Eyes and solo albums: This is Oberst alone with his guitar, piano, and harmonica; the songs connect with some of the rough magic and anxious poetry that first brought him to the attention of the world, while their lyrical complexity and concerns make it obvious they could only have been written in the present.
description from www.roughtrade.com