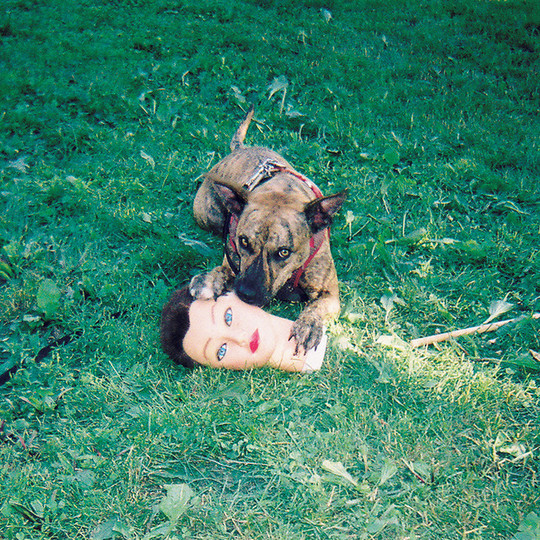 Californian emo-punk darlings Joyce Manor have seen quite the rise in their still relatively short career. Over the course of three records since 2011, they've grown in size exponentially. From the incredibly humble beginnings of their excellent self-titled debut, they garnered a cult following which quickly got them bigger label interest (Asian Man/Big Scary Monsters' 2012 release Of All Things I Will Soon Grow Tired) meteorically rising to Epitaph with 2014's Never Hungover Again.

Known for their short, punchy songs and classically earnest lyrics, they have become the poster boys of this decade's 'emo revival' along with other acts such as Hop Along and Modern Baseball. Joyce Manor's USP (or at least lead guitarist/vocalist Barry Johnson's) is that they create a lot with a little, writing huge pop songs often clocking in under two minutes.

So Cody, their fourth record and second for Epitaph, is to some extent their most ambitious yet. For the first time with a Joyce Manor album, they've released a full-length record which lasts over 20 minutes, with at least a third of their songs hitting the 3 or even 4 minute mark. It sees Johnson and his band push the boundaries on their admittedly fairly previously limited scope. Singles 'Fake I.D' and, especially, 'Eighteen' really get things off to the races with an exquisite opening one-two which is filled to the brim of all the best pop-punk/emo tropes that would make a younger Jimmy Eat World proud.

The band have spoken about spending easily the longest amount of time in the studio recording Cody than ever had before. This is particularly evident on the album's longer, fuller tracks such as 'Last You Heard of Me' and 'Stairs', which show a maturity and adventurousness previously seldom seen by the Californian quartet. There are some clear nods to other predecessors too, in the shape of The Get Up Kids and Saves the Day's classic 1999 records, while Johnson maintains an individual voice in amidst an oversaturated genre.

However, while this increased ambition is a welcome change from the group, it doesn't always suit them, sometimes falling a tiny bit short. This isn't to say Johnson has lost his clear knack for writing a hugely catchy pop-punk song, that is still clearly evident here, it just feels at times that as the band lean a bit more heavily into their influences, they begin to sound a little less original or exciting.

There's a palpable excitement, for instance, to 'Constant Headache' (and its accompanying video), the closing track of the band's first album, which hasn't been matched much elsewhere in the first half of this present decade, as a song that manages to be devastating, exciting and life-affirming all at once. To that end, one wishes that perhaps they had pushed the boat out further from their predecessors and own personal legacy while listening to Cody.

So, while Joyce Manor's fourth record is still a very enjoyable romp through ten expertly written pop-punk songs, the album's plain-view influences, cleaner production and vocal delivery feels like it just slightly misses the mark on being the something truly special the band have threatened their entire careers. The moments of brilliance, when they appear, however, shows the band's ongoing promise very much still exists.