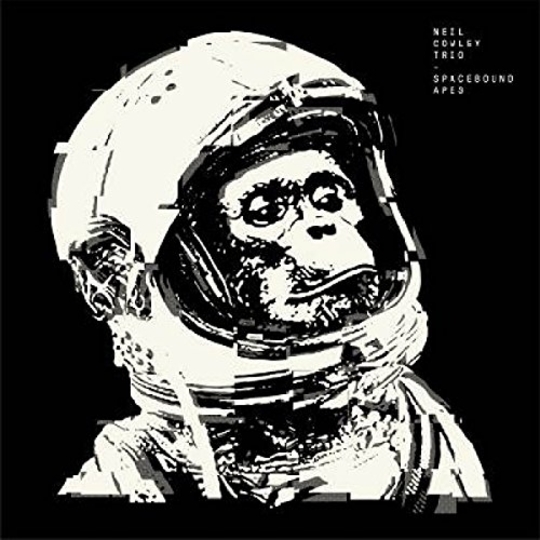 There's no way around it: Neil Cowley is quite a big deal. A big and dizzyingly versatile deal. As his Twitter bio declares, he is the most listened-to pianist on the planet. Tinkling the ivories for Adele will do that for you. He's also a key collaborator with Speech Debelle. And already this year he’s co-produced and played on (along with Trio bandmate Evan Jenkins) the underrated How The City Sings by Sam Carter. In what must now seem to him to be a previous life, he played keys with Brand New Heavies and Zero 7, prior to releasing two albums as Fragile State. He has, as they say, been around a bit.

And yet, the thing that makes Neil Cowley not just the most-listened to, but in my view one of the greatest pianists on the planet, is the band showcased on this, the sixth album from the Neil Cowley Trio. Evan Jenkins (drums), Rex Horan (bass) who make up the band along with, on this album with sometime collaborator Leo Abrahams (guitar, FX). The other members of the trio, who have storied and diverse careers in their own right add so much to the alternately lyrical and bombastic compositions which flow from Cowley’s remarkably fertile compositional brain. They do it with such synergy and nuance, that listening to Spacebound Apes, it feels like rather than a trio, what we’re actually listening to is a coherent whole, totally together and at one with itself.

The concept behind the album as a whole is wildly creative. Based on the novel, The City and the Stars by Arthur C. Clarke, the album itself is accompanied by a spellbinding website, a music book and a series of blogs, telling the story of Lincoln, an ape who goes to space to face his fears.

All of which could be preposterously over-blown, were it not for the fact that the music itself, surely the first and last place from which judgement on any concept album should be passed, is breathtaking.

By the time ‘Weightless’ has entered like a beautiful, breeze-less spring day, only to fade away from whence it came, we’re all set for one of Neil Cowley Trio’s primary stocks in trade, the gradually crescendoing, rolling sweep of ‘Hubris Major’. Its zenith is the first of many truly beautiful moments on the record. The track is followed by another beautifully familiar Cowley moment, the playful ‘Governance’. From there we proceed to the driving ‘The City and the Stars’, probably one of the only jazz trio tunes that will make you hum and nod your head vigorously simultaneously. Go on, do it, no-one’s watching. Honest. Cowley’s percussive chordal playing underpins a staccato piano and FX melody which is truly memorable. A fantastic song, this should be the track which sees the band finally cross beyond into the consciousness of people who would rather not admit to giving an album by a jazz trio a chance. In a triumph of sequencing (albums, listened to in order still matter), it is followed by ‘Grace’ a solo piano performance, and the most beautiful 3.37 minutes of music released this year. Seek out the accompanying video. It will move you.

Elsewhere, ‘The Sharks of Competition’ lifts the pace again thanks to a fabulously driving rhythm section performance. ‘Duty To the Last’ takes us back into the territory of raw, wrought emotion, whilst closing duo ‘Death of Amygdala’ and ‘The Return of Lincoln’ see the album fading, perhaps along with Lincoln’s fears, into the distant yonder.

Simply put, this is a stunning piece of work. The fact that Neil Cowley Trio have developed into one of the world’s best live acts merely adds the cherry on to the top of the cake of what is a wonderfully realised vision. Spacebound Apes is one of 2016’s miss-this-at-your-peril releases. Once you’ve heard it, track down everything you possibly can from their discography then make a point of seeing them live. You will not be disappointed.