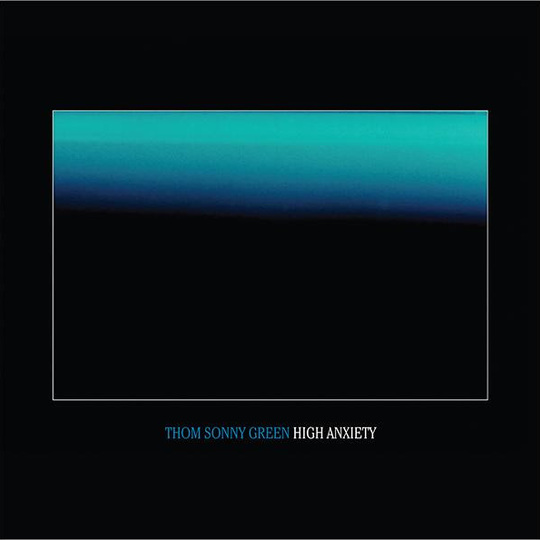 It likely works in Thom Sonny Green's favour that I've never consciously listened to the music he makes during his day job. Green, to me, is not 'the drummer for Alt-J' as much as he is 'a solo experimental musician,' - and, as it turns out, his first album shows his personal musical inclinations to be quite far removed from the brazen alt-rock sensibilities of his larger project.

I requested a copy of High Anxiety on the strength of album opener, 'Vienna,' alone, only consciously making the connection to Alt-J a day or two after, by which time I was so comfortably acquainted with High Anxiety, I saw no reason to explore Alt-J any further.

If you find yourself leaning towards the thoughtful, introspective, and borderline brooding, you too will tend towards Thom Sonny Green's talents. You just need a track as darkly intriguing as 'System' - a throwback to the days of UNKLE and Portishead - or the floaty outro to the synthfest 'Phoenix' to pique your interest.

It can be daunting to be pick up an album and have a tracklist of 21 songs staring back at you, but with a sizeable number of these clocking in at less than three minutes long, it's an album that wraps up unexpectedly quickly. The tracks' durations are, to these ears, not wisely distributed and this is possibly the album's biggest drawback. The shorter songs strike you as incomplete or insufficient (why couldn't the trippy-as-all-hell 'Beach' last just a minute longer and bring us to climax?), while longer tracks risk sounding repetitive and arduous. For instance, at four minutes and 41 seconds, 'Large' lives up to its name - it's sonically dense and occupies a disproportionately generous portion of the album. However its low, discordant grumbles should be an album sidenote, rather than a highlight.

There is no singularity to High Anxiety - no one outstanding identity. For instance, 'Oslo' starts out brainy and krautish but crosses the bridge of a false ending halfway through and shifts swiftly into the fantastical. 'Preach' and 'Christ', meanwhile, complement each other beautifully, with the swirling keys on the former acquiescing politely to the springtime whistles with which 'Christ' opens.

The intimacy on High Anxiety is the album's most apparent and most appealing feature. This is unabashed individual expression - you might almost taste the guilt of intrusion. If the story behind the album is one of hesitant release because the author never felt it reached perfection, it wouldn't come as a surprise to any listener. It's not flawless and it's not a masterpiece - but few souls are.