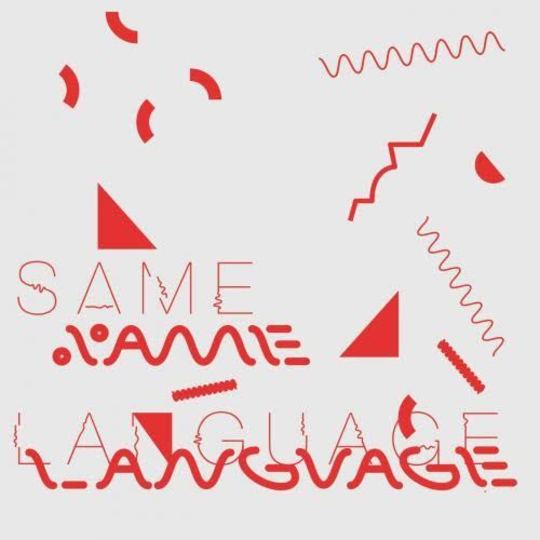 Long before Tim Burgess and Peter Gordon made this album together, Burgess had been a fan of the the collaborations Gordon did for Arthur Russell when he was musical director of The Kitchen – a downtown Manhattan avant-garde performance space in the mid-Seventies famously associated with No Wave bands.

The resulting work, and meeting of two minds who admire and compliment each others creativity, is something of rare, imaginative depth. The process started with Tim Burgess sending off melodic pop songs written on an acoustic to the wizardry Gordon, who returned them as something largely distinct from their original forms. Soon Burgess, who has been collaborating with Gordon since meeting him in 2012 in London at a warehouse space, took inspiration from his interpretation of his work and bounced back songs in increasingly experimental form, meaning the album is very much shaped as it went along.

The record's opening cut, 'Begin' is far from indicative of what's to follow: it's summery dream pop with staggeringly colourful jangly guitars, synths and brass. Thematically, it's one of the least abstract on the LP and it has a line which curiously explores the comforting process of consumerism: "I bought a record that I’ve already got/ it means so much to me / because I played it a lot / it reminds me so much / of the place that we met".

Things take a vastly different atmosphere as the dark with ominous, unsettling bass tones, sat sumptuously next to brass and a myriad sound effects. The airy sociable world of 'Begin' is replaced by more of a serious listen and boundary pushing piece. Glitch-y electronic beats pitter-patter on ‘Around', as this unrestrained orchestration of astounding depth gives way to a pop-y verse sung by Burgess, who delivers it in a moody, nonchalant cool way. He’s multi-tracked vocals on to create harmonies that show the greatest care has been paid to every aspect of this finely-tuned album.

Meanwhile, ‘Unguarded’, is a step back into something more familiar. The pulse of techno, the sulkiness of jazz, and the classicism of indian tabla come together on this knock out cut. The ethereal ‘Ocean Terminus’ sees Burgess completely eschew his pop roots and repeat in a hypnotic , trance like state the words: "Ocean Terminus".

Following on ‘Temperature High’ is a 12-minute-epic, which is the only song Burgess went over to New York to record (the rest being a product of the digital age and good broadband speed). It’s the perfect track to put on when everyone’s adjusting to the sunrise after a long night out. There’s something that connects with the restlessness of urban living

A real favourite is ‘Like I Already Do’ as Burgess sings a duet with Factory Floor’s Nik Void in elegant, catchy dance-oriented fashion. It descends into an instrumental that you'd expect to just play out but Burgess’s vocal comes in octaves lower in a warped masked bad guy way that adds to the dystopian atmosphere. The change is remarkable and the way the strings fade out, it makes it possible to imagine goosebumps raising on the backs of every lucky punter who gets to see that played live.

How the due managed to create something that feels so complete despite being miles apart and spending quite a long time making it is remarkable. Album closer ‘Oh Men’ is a laid back sultry slow song that contrast the Gazelle Twin, and Factory Floor-esque intensity of a lot of the moments and coolly caps off one of the most inspired collaborations you're likely to hear this year.