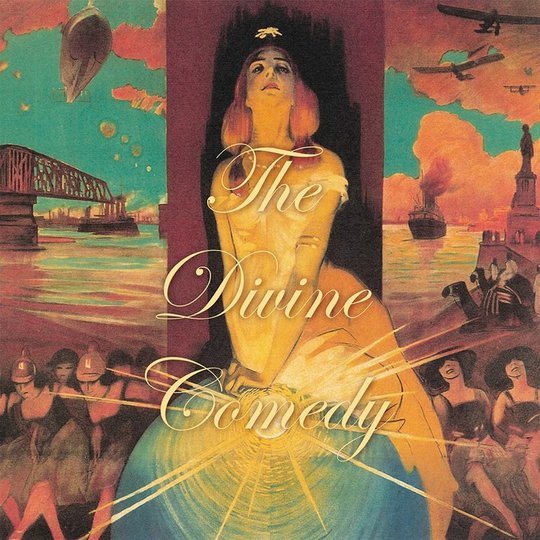 OK, yeah, why not? Catherine II of Russia was, after all, the most renowned and longest-reigning female leader in the country’s history (thanks, Wikipedia!) and hers is a story worth exploring. Or, on the other hand, she could be the subject of a three-minutes-and-five-seconds pop ditty on an indie band's first album in six years. Of course. Welcome back, then, to The Divine Comedy.

The sleeve notes inform us that Foreverland is 'written by Neil Hannon' and, considering this is a man who wrote the theme tune to Father Ted, two concept albums about cricket named after an obtuse mathematical formula and whose biggest hit was about a British coach company, it should be no surprise that the album’s lead single combines trite observations about her having “great hair and a powerful gait” with references to Voltaire, Diderot and Stanislaw II August. Studio album No11 may spring no surprises but it isn’t half fun.

In lesser hands an album so whimsical and filled with theatrical flushes would be unlistenably twee. But Hannon is that rarest thing: a deeply intelligent, playful songwriter and the only man I’ve ever met who can rock a sweater vest. As such it is hard to think of anyone else who could get away with a song like ‘Funny Peculiar’: a duet with his partner, the Irish singer-songwriter Cathy Davey. A jaunty piano number, it is most striking to avoid being saccharine despite the boy-girl call-and-answer lines: “You’re strangely attractive. You’re oddly adorable”. Instead, it becomes more of a baritone tribute to Cole Porter – it is strikingly similar to ‘Let’s Fall in Love’ – than the She And Him kind of bullshit it might otherwise have been.

Foreverland is at its best when at its most playful. ‘The Pact’ rolls along on the kind of chimes you might find in one of Disney’s golden age. ‘Napoleon Complex’ opens the album with a celebration of the short man: “Who pulls the strings? Who makes all the deals? Five-foot-three in Cuban heels” (Hannon, for the record, is all of 5’7”, which makes him taller than Bono and Thom Yorke, though you’d question that to see him). Meanwhile the album’s highlight is ‘How Can You Leave Me On My Own’, a rollocking piano ode to a loved one, desperately begging them not to abandon its singer for, er, a couple of hours. “When you leave I become a moron, a beer-swilling time-killing moron / I surgically remove all of the green food from my diet, I know I should be reading but I’m too lazy to try it” he pleads. “When did you say you’re coming home? When you leave I become a dickhead, a bad-smelling, couch-dwelling dickhead / I drink too much tea and eat too many biscuits ... I look at naked girls because I’m too weak to resist it”. It’s a reminder that at his best, Hannon is genuinely funny. It’s also perhaps the most easily empathic thing written in a pop song on white men’s problems.

There are odd moments of schmaltz here and there: the album’s title track, built as it is around a mournful organ, is once again the band going Disney but this time settling on some generic background music from a film you didn’t see, rather than, say, ‘The Bare Necessities’, but these are few and far between. The Divine Comedy are, 26 years on from their debut and six on from Bang Goes the Knighthood, making a kind of pop music a million miles away from anyone more likely to touch the singles charts (assuming those are still a thing). It’s good to have them back.