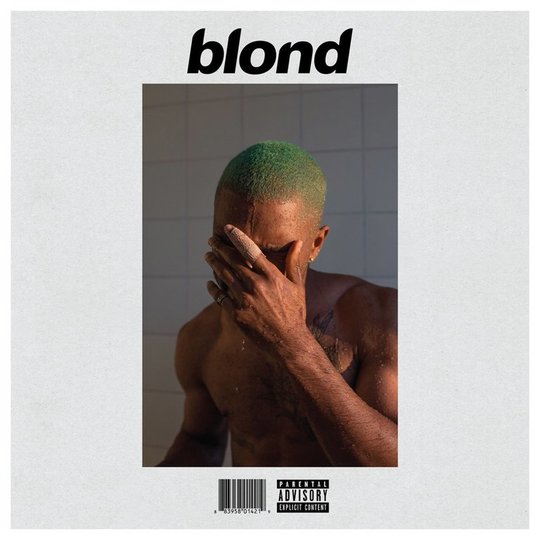 First time I sang karaoke was this summer and I was nowhere near fucked up enough. I enjoyed it, though. One highlight involved pretty shaky accompaniment for a spirited rendition of ‘Close To You’, barely keeping up with a dance partner who nailed her part. I guess the point is that when it comes down to it, you find a way, no matter how ludicrous and neon-tinged and 2am your own specific situation may be.

Frank Ocean finds his way. Personal and private matters regarding the man have become monuments of public concern in recent years and his own foray into tender Bacharach-inspired ownership absolutely belongs in red-soaked booths in the basement of a capital city as morning looks to break. Writing his own book, he opts to rework Stevie Wonder’s talk show version in a distorted 85-second snapshot of melancholy that cuts close to the heart. Nestled in between a bitter glimpse at social media-influenced dating politics and doleful meditation, the Frank Ocean take on ‘Close To You’ makes vivid sense in this most Frank Ocean of projects.

Blonde (or Blond if you wish to do the whole masculine/feminine thing) feels like a confessional, one of naked pain, powerful acceptance and so much knowing ambiguity that the man behind these often pitch-shifted words once again keeps those rapt at arm’s length even when finally delivering. But you can’t – or at least you shouldn’t – go Blonde until you dive into accompanying 'visual album' Endless and its grand black-and-white DIY presentation.

Splitting himself into three over three quarters of an hour, Ocean quickly offers an echo of Wonder, pouring it all out via that voice as he takes on Aaliyah’s cover of The Isley Brothers’ ‘At Your Best (You Are Love)’. Immediately he plays with perception, reflecting the construction that will soon tower over him. The spiral staircase, the snake eating itself, the never-ending search. The cover is quite beautiful in its unabashed earnest nature and though Endless is predominantly concerned with textures, tones and seemingly throwaway material; tightly-drawn works like ‘U-N-I-T-Y’, ‘Slide On Me’ and the brief ‘Higgs’ stand alone when separated from the avant-garde display.

Divorced from the accompanying visuals, the exercise proves less engaging overall. In context, however, it is legitimately hypnotic and soothing, as if Bob Ross was reincarnated with woodwork on the brain. As patient labour comes to a conclusion, Ocean clears away the clutter before taking a moment to acknowledge his work. Crouched in front of his personal Stairway to Heaven, he curtsies and admires before taking tentative steps. We don’t get to see where it leads. The destination is not ours to reach.

Of course, there is every chance that the entire thing is both a spectacular contract-concluding ‘fuck you’ to a label Ocean reportedly felt underserved by and resentful of and a complete and utter piss-take designed to hurl writers such as this one down a staircase of infinite pretentious possibilities. The artist Tom Sachs, whose work plays a supporting role, claims that a 140-hour version of this installation exists and so one is keen to get lost amidst the grandiosity of it all.

As it turns out, Endless and Blonde are rather intertwined. Both afford the viewer and listener the chance to project themselves onto their respective canvasses. Both feel vaguely loose yet entirely complete. Both works, ultimately, are snatches of sketches.

On an hour where rhythm is sporadic, Blonde's slow opening crawl of ‘Nikes’ is downright explosive. Three minutes pass before Ocean ‘properly’ reveals himself. First comes a short story of excess and expectation in which Frank looks to the lost, taking a moment to remember A$AP Yams, Pimp C and Trayvon Martin as he searches for meaning amidst the bacchanal. Rather than obscure the sentiment, chipmunk-style vocals carry extra weight. Blonde is often concerned with the loss of innocence. Its bookends capture the purity of youth and the distinctive aches that come with growing older. The opening bow finds room for cute levity, too - bouncing ‘Carmelo’ off ‘Othello’ and closing on a crude punch line.

As with Endless, there is the sense that we are parachuting in media res into different stages of Frank Ocean’s state of mind. Here, emotional adolescence takes the spotlight. ‘Ivy’, an exquisite composition with Jamie xx and Rostam Batmanglij at the forefront, is delicate in touch but intensely personal and passionate as Frank taps into the overwhelming sensations of falling in and out of love. It ends in a scream, because it positively has to. ‘Pink + White’ finds him maturing, learning from people, surroundings and mistakes.

Blonde comes with a device, one that offers welcome pauses in momentum. We get poignant rushes and then we’re allowed to breathe. Ocean turns mock-journalist, peppering the narrative with a recurring drowsy synth line and selected recordings - stringent anti-drug pleas from a mother figure, a bemused SebastiAn recounting the collapse of a relationship due to refusing to accept his girlfriend’s Facebook friend request (what the hell, man?) and a scattered collection of interviews where sanguine voices dance about and the promise of realised dreams pierces summer air.

Ocean’s voice is a magnetic constant, one that flies as high as one could measure, whether it’s cruising down a highway in the dead of night or confined to a warehouse for six days. You meet the chorus of ‘Solo’ with goodwill even when he threatens to move too close to a saccharine sun; ”It’s hell on Earth and the city’s on fire, Inhale, in hell, there’s heaven / There’s a bull and a matador duelling in the sky, Inhale, in hell there’s heaven.” He makes it sing, of course. If that’s a touch too heavenly, Ocean doesn’t care. ‘Self Control’, led by lilting guitars and supported by tiny trusting voices, is a full-on baptismal purge as he drops pretence and tries in vain to smile. Later, on ‘White Ferrari’, he taps into the same glacial gravitas that he brought to Kanye’s ‘Wolves’.

Blonde is a thoughtful work full of moments such as these. Uninterested in zipping from A to B, it is instead a moving, repeatedly devastating depiction of an artist who is still trying to figure out his place in the world as he moves forward in life, ever mindful of what we leave behind, the things said and left unspoken, the good and the bad that comes with trying to make it all make sense and the sobering knowledge that we cannot go back.

And yet, even in the face of this open heart, you can’t help but return to a more stark interior. Despite the title, Endless has a climax, one where its craftsman walks confidently towards the camera that has been present for each exertion, for every exhaustion, and strides right past it, like millions of eyes will never be there, never matter. The art-pop avalanche that plays us out speaks sharply of materialism and hollow living. It is not of Frank Ocean’s making. His focus is somewhere else. Maybe we can go there, too.