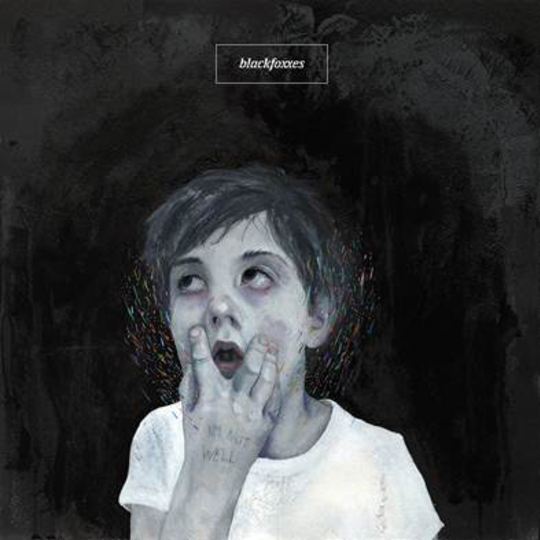 For the last decade, there’s a school of thought which will you tell that British rock has been wandering in a desert of cheap American knock-offs and derivative, uninventive re-hashing of some of the bigger Transatlantic success stories. Whilst that might be true for some of the UK’s more familiar household names and a vast middle ground of average outfits, the grass roots of rock in Britain has never been stronger. There’s a veritable plague of fresh, vital bands trawling the toilet circuit up and down the length of the country right now, doing it themselves day in, day out. For whatever reason, hardworking little bands like Exeter’s Black Foxxes have been consistently flying under the radar at our major labels and subsidiaries, to all of our detriment. I'm pleased to say that if there’s any justice, for them at least, everything is about to change.

Snapped up by Spinefarm Records (Universal), who are, incidentally, carving out a nice little side-line in picking up extremely talented bands at an early stage, I’m Not Well is the kind of debut that can cement a lifelong career in music. It’s an astounding record from a trio still at the most embryonic of stages. We’ll go on record and get this out there now – it has the potential to be a world-beating album. If the momentum is right and the spheres align for Black Foxxes, there’s no telling where they could be in a year from now.

I’m Not Well, as you might expect, isn’t a particularly cheery listen, but it’s a record that needed to be made and demands to be heard, one that revels in the shadows it inhabits. The album’s title track is one of the most affecting and effective openings in recent memory, whilst early highlight ‘Whatever Lets You Cope’ channels Jeff Buckley by way of the spacious, epic melancholy of Scottish superstars Biffy Clyro.

Indeed, the trio evoke an astounding range of influences on the record, but manage to avoid the pitfalls of imitation with aplomb, instead variously lightly tipping their hat to touchstones like Rival School, Radiohead, Bright Eyes, City & Colour, Johnny Cash, Coheed & Cambria, Foo Fighters, Led Zeppelin, Pink Floyd and a whole host of others. Spanning decades in the blink of eye, it’s a seamless stitching together of rock’n’roll history that sounds contemporary and most importantly utterly unique.

The touching self-help anthem of ‘Maple Summer’ is a life-line for anyone who suffers from anxiety disorder, an immediately identifiable anthem of consolation that pleads with the listener to “teach yourself to slow down” as a strangling wall of overdriven guitars opens up into the song’s hopeful middle eight.

Aforementioned shades of post-hardcore heroes Rival Schools rear their head for brief moments on ‘Waking Up’, which also carries a hint of The Weakerthans and Idlewild, and is a perfect example of Black Foxxes at their no-nonsense best as front man Mark Holley’s razor-shredded vocal grates out the closing passages; “all the colour that sits in my mind, a violent shade, don’t give me time to fade again.”

This natural, gimmick-free and heart-on-sleeve approach is, in a word, thrilling to hear. Black Foxxes are the kind of band that sound like they couldn’t care less about sub-genre boundaries, wearing the right clothes, any music “scene” you care to name, or being judged in any way by anyone. Like all the best art, this is music made because it had to be, from a burning desire, an untamed, rabid itching to create; an emotional outpouring from a valve that had to be released to avoid complete collapse.

This is rock music – pure and unfiltered, shameless and fresh as the driven snow and it’s f*cking glorious. Let it wash over you.

One Day All of This Won't Matter Anymore