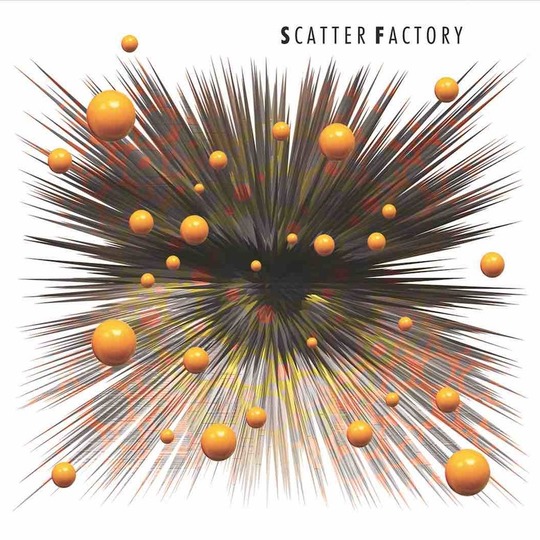 Picture the future. Or, perhaps, not any real or imminent future (wherein we all perish from nuclear warfare, superior AI, or zombies), but the rare utopian fantasy that folks used to imagine. The jetpacks, the flying cars, the sterile bubble dwellings, clean cut and healthy people. Modern audiences of sci-fi and cyberpunk would scoff at these squeaky clean visions – Bradbury, Orwell, Dick and the rest have shown us the myriad complications that occur when technology can satisfy man’s most innate desires.

Anyhoo. Still picturing that pristine, impossible future? The one unsullied by power struggles and oppression? Good, because that’s where Scatter Factory dwells, high up in titanium towers and behind glittering diamond window panes. Will Foster, the sole mechanic behind the factory, has worked in the wings for loads of other artists; and here, in his solo debut, his synthetic orchestra still hums from behind the curtains, in reverent imitation of former visionaries like Jean-Michel Jarre and Vangelis. But ah, both those artists could convey complex dystopia with simple gestures and limited palettes. In contrast, Scatter Factory employs an array of glossy paints to convey nothing much at all.

For about ¾ of Scatter Factory, the listener feels suspended in conceptual limbo. Surround-sound fade-ins wash over the listener on almost every track – indeed, opener 'Catatonic Voyage' is basically the high-tech fanfare for Dolby Digital, stretched across five minutes. As such, several songs drift to the back of the mind, floating like dust motes in a beam of light; and some do progress into lovely melodies, like the very Kluster-like 'Spartan Missile'. But others, like 'Scatter’d', simply coast on the hi-tech sound effects, creating this shiny incidental music that suggests modern hotel lobbies. 'We hope you have a pleasant stay,' says the laid-back guitar motifs and hushed piano lines. 'Pleasant', as in without incident. Here’s hoping our hotel can insulate you from spontaneous walks down the road.

Still, Scatter Factory can propel itself outside the waiting room. 'Out the Blocks' borrows enough motorik fuel from Neu! to suggest forward motion, though not the same jet-powered thrust that others might lead you to expect. Think more ripples along a still lake rather than a rocket shooting through the stars. Same with 'PowWow', a more psych-tinged night crawl that bops with a droopy Madchester groove. The potential for space travel is there, but Foster seems unable to take flight without packing loads of luggage with him.

And then we stumble into 'Not There Yet (and It’s Getting Dark)'. If 'experimental' simply means 'a few odd samples here and there', then sure, this brisk jog in field recording could qualify as the most 'experimental' track on the album. But the disjointed parts on here – a person croaking, a dog panting merrily on its daily walk, the omnipresent whoooosh effects that gild most of Scatter Factory, and an outro that sounds like the Wii menu theme – don’t challenge the mind or explore any new mode of consciousness. The title also implies that some scene is being set, some narrative thread that the listener should pick up and trace. But the only story to ponder about is why the hell this croaking guy has been allowed on here, and why we should care about his pathetic cries within the context of synth swooshes and spare piano melodies.

A part of me does wonder if I’m not listening hard enough, not seeing some spark of genius that I’m supposed to see. But after half a dozen disillusioned car rides and a dozen more spins at home, Scatter Factory has not once taken me out of myself, out of time and space to the blindingly white retro-future it tries to conjure. I think of video game themes that resonated with far more emotion. I think of James Ferraro and his far more accurate assessment of mankind’s future. I think of the modern world slipping away from me while Scatter Factory tries to push its feeble rays to my attention. But despite his Technicolor palette and sculpted production, Foster has created a quaint little relic, already as outdated and idyllic as a Jetsons cartoon, which seems readymade to gather dust on a shelf.