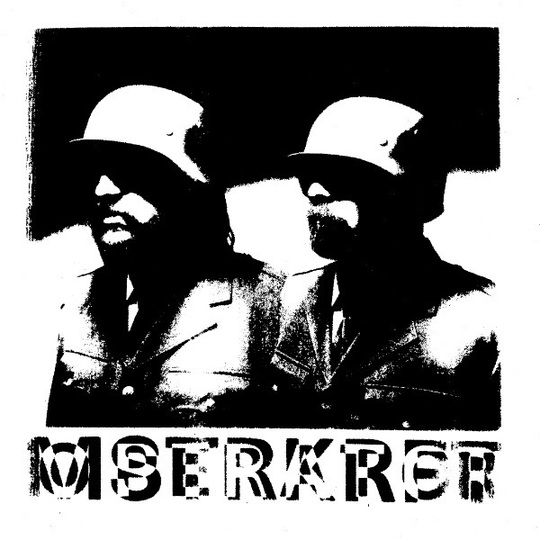 Canadian electronic duo MSTRKRFT are well-known largely for two reasons. First, one-half of the group is Jesse F. Keeler, while the other half, Al-P, produced Jesse's band Death From Above 1979's seminal You're a Woman, I'm a Machine. The second is, they've been commissioned to the same overly-distorted remix every band or artist under the sun ranging from Bloc Party or Wolfmother right through to Katy Perry or Kylie Minogue.

In terms of their own output, OPERATOR is MSTRKRFT's first record since 2009's lukewarm Fist of God after an impressive debut in 2006's The Looks. It would be fair, then, to say the duo are better- known for music other than their own. And while OPERATOR comes hot on the heels of Death From Above's reunion and second album The Physical World, the duo's own material is still yet to light the world on fire.

OPERATOR doesn't look too likely to change this just yet. For there is plenty of decent stuff going on in the duo's third record, but it still never really takes off into any rarified territory. 'Wrong Glass Sir' starts things off in a satisfying way, one can imagine this song being belted out at a few clubs for a while yet to come, and as things progress the duo bring in some more melodic influences. 'Runaway' for instance is an easy choice for a single, with an instantly identifiable hook, the issue with it, however, is how close it sounds to their peers in Justice or 'Windowlicker'-era Aphex Twin.

And this familiarity that runs through OPERATOR quickly becomes a feeling of stagnation; like we've all been here before. It's not that the music isn't enjoyable in places: 'Little Red Hen' has a real late-night dance feel, 'Priceless' features an excellent cameo from Sonny Kay (Angel Hair, The VSS), 'Morning of the Hunt' is a nice slow-burner and 'Playing with Itself' has a nice groove which builds into probably the most fully-formed song on the whole record. Yet none of it feels particularly fresh.

'Party Line' features the legendary Ian Svenonious (Nation of Ulysses, The Make-Up) but his presence is so buried in their incessant distorted electro that he may as well have not bothered. Meanwhile, in terms of surprising guest spots, album closer 'Go On Without Me' featuring Converge's Jacob Bannon has got to be up there. Now just to be clear, I personally love Converge and Bannon as an artist, despite his clearly very distinct and irregular vocals. But part of why that vocal style works is because it's an essential instrument within Converge's overall pummelling sound. If you take that away and try to re-contextualise it, it's going to be very difficult for anyone, who doesn't already share a similar sound, to try and get a fit that works for his voice. So while I admire the effort, it's a shame that Bannon's voice goes wasted on this kinda uninspired noise-dance track which has attempted to cater for the Converge vocalist, but lacks the chaotic drumming of Ben Koller or Kurt Ballou's songwriting to hold it all together.

So while there is some good stuff here, much of which will sound tenfold better and bigger in a club or live setting, OPERATOR isn't a record that particularly makes one reach from the shelf for multiple playings when acts with much more invention, such as the aforementioned Justice and Aphex Twin, are also available. I look forward to the next round of remixes they produce, however.