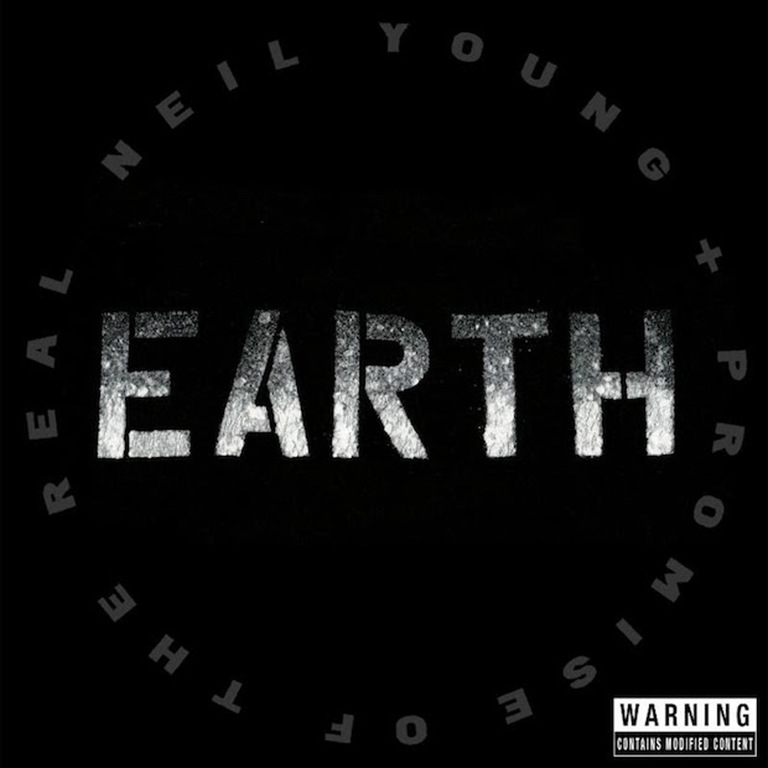 Something of a missed opportunity»

Neil Young releases a new album, entitled 'Earth' via Reprise Records. The album features performances of songs from a range of Young's albums, including last year's 'The Monsanto Years', 1990's 'Ragged Glory', and 1970's 'After the Gold Rush'. The audio was captured during Young's 2015 tour with The Promise of the Real, fronted by Lukas Nelson (vocals / guitar) and Micah Nelson (guitar, vocals) - Willie Nelson's sons. The tour Included Young performing solo and with the band for a full electric show. A new take on some of Young's most beloved songs, 'Earth' features the live recordings, along with added musical overdubs, as well as sounds of the earth, such as city sounds like car horns, sounds of insects, and animal sounds from bears, birds, crickets, bees, horses, cows - creating a very strange, yet beautiful atmosphere. "Ninety-eight uninterrupted minutes long, 'Earth' flows as a collection of 13 songs from throughout my life, songs I have written about living here on our planet together," says Young. "Our animal kingdom is well represented in the audience as well, and the animals, insects, birds, and mammals actually take over the performances of the songs at times." 2CD - Double CD Set. 3LP - Three 140 gram Black Vinyl records, in plain white paper inner sleeves housed in a Gatefold Jacket with multiple pockets.
description from www.roughtrade.com