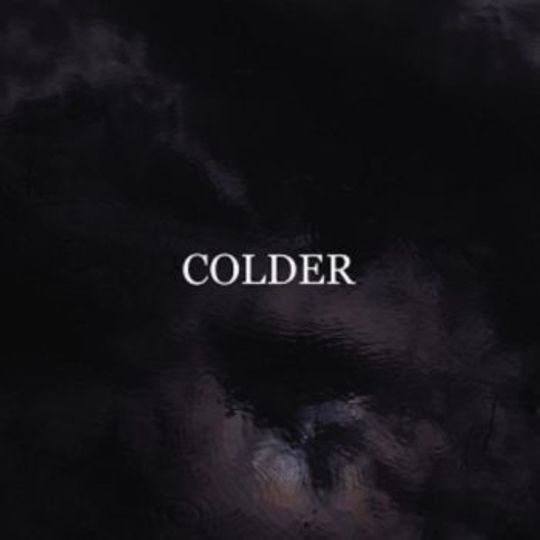 Following on from last year’s don’t-call-it-a-comeback album Many Colours, Marc Nguyen Tan, aka Colder, is back… again. The Rain, his fourth album proper, was actually polished off around a decade ago, not long after his second record Heat was released on Trevor Jackson’s Output label. The album, along with quite a substantial amount of other Colder material, remained stranded in limbo as the label folded and the vault was locked shut. Ten years later however, a revitalised Tan is now surprisingly busy, and The Rain is the first in a planned two-album-raid on the Colder vaults, and finds him in a distinctly disconnected, melancholic mood.

The washes of his trademark nu-krautrock sound are only used fleetingly here, most notably on the hypnotic ‘Mango Coconut’, with its tribal toms and relentless, octave bassline. His other trademark - that kinda-sung-kinda-spoken voice, dripping with Gallic cool, is pretty much absent, and makes The Rain feel less like a Colder record, and more like a studio experiment, but still a fairly enjoyable one.

Whether the glum tone was a reaction to the impending implosion of Output, I guess we’ll never know, but its pale bleakness is a perfect premonition to the sense of loss and disaffection he must’ve been feeling at the time. In short, The Rain is not a laugh-a-minute record.

There’s aching melancholy in spades, but instead of the usual neon-sheen, it’s all very downbeat guitar dischord with ambient washes of noise and found sounds of motorways. It’s as lo-fi as Colder gets, and evokes more Sonic Youth’s Washing Machine-era, more than the M83 or Chromatics style electronica he usually trades in. It’s cascading guitar lines and difficult chord progressions - tough, but worth the slog. Once you get past that though, this is still an enjoyable record - just a kind of odd, unusual one.

‘Pass And Go’’, ‘All Along The Way’ and the brilliantly Joy Division-does-Neu! ‘Forth’ feel more like Heat-era album cut offs, and give a little dash of colour to the monochrome bleakness elsewhere on show, as both see a return to the pounding bass and driving rhythms he’s just so good at. The record feels like an understated, homogenous whole, breezing in from one melancholic chord progression to the other, all stitched together with ambient noises of dark, dimly lit motorways and random car radio chatter. It’s Drive’s gloomier brother - a midnight drive around a crumbling inner-city, all depressed murmurings of dislocation.

The atmosphere heavy ‘Market Day’ evokes Burial at his most ethereal, but minus any kind of rhythm or hook - just drifting rhodes chords, aimlessly tripping over a scratchy vinyl pop backing. ‘Re501 Friday Night’ is perhaps the most dense thing here - impenetrable darkness, swirling around a menacing collection of clangs, reversed noises, and slow, throbbing bass. Album closer ’Holy Night’ is a bizarre rendition of ‘Silent Night’ that suddenly transforms into another dread filled drone outro, slowly churning through distorted synths and radio samples before just kinda disappearing.

Perhaps this is why it took Tan ten years to awake from his musical slumber, as it’s certainly not the cheeriest album he’s ever taken part in. However, it’s still an oddly beautiful one - there’s a lot to explore here, awash in a pale ambience, it highlights a more introspective side to Tan’s work, one less focussed on rhythm, and more on an overall feeling.