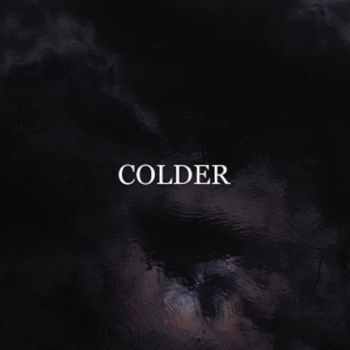 It highlights a more introspective side to Tan’s work, one less focussed on rhythm, and more on an overall feeling»

Marc Nguyen Tan is a man outside of time. He is both an avant-garde pioneer and a modern classic. Colder, the electronic project he's helmed since 2003, inhabits a sonic world that drives into the future as much as it gazes into the past. His is a unique sound of noir-drenched highways of propulsive electronic cold wave, krautrock and post-punk, touched by everything from the Chromatics' bleary-eyed romanticism to the Horrors' atmospheric groove, via the teutonic precision of NEU! and Can. Hot on the heels of Colder's third album 'Many Colours' released late last year and 'Some Lost Tapes', a Record Store Day exclusive EP, now sees the release of two new Colder albums: 'The Rain' and 'Goodbye', themselves lost in time. A combination of new and reworked unreleased material from Colder's years at Trevor Jackson's now defunct Output label, Bataille Records is proud to unleash two new parts to the Colder story: 'Goodbye', a swaggering groove-laden album of synthesised jagged guitars and dynamic electronica, and 'The Rain', a more experimental record of glacial ambience and New Wave expressionism. A testament to just how ahead of the curve Colder is, the two albums beguile and intrigue with their explorations of Gallic darkwave cool, a sound which would go on to influence everyone from LCD Soundsystem to Liars. Tan has always been a master of using his consummate understanding of music past to create music of the future. The time capsule opens, and Colder still sounds like the future. In marked contrast, Colder explores a more introspective sound on The Rain, which is a record of evocative, cinematic electronica. 'Pass And Go (Demo Version)' highlights this beautifully with it's gentle, Lynchian sound of skittering slow motion jazz drums and ice-cold monotone bass, juxtaposed with a glistening Rhodes piano and subdued guitar. The Rain oozes melancholia, conjuring late night car journeys in long deserted post-apocalyptic towns. 'Market Day', 'RE 501 Friday Night' and 'Holy Night' evoke wonderfully intoxicating dark hues tinged with monochrome bleakness, yet feel strangely at home next to more upbeat tracks like the jerky hypnotic shuffle of 'All Along The Way'. Other delights include 'Mango Coconut', a great, big, rollicking rock tune that The Black Angels might have included on their Vietnam War-infused debut Passover, if only they had written it. The two dialoguing records are released simultaneously, seeing Colder expand on his triptych of studio albums, which culminated in 2015's critically lauded 'Many Colours'. Not one to slow down, he is also currently working on a series of diverse collaborations including SAVE! - a project with Craig Higgins Jr from the acclaimed acid house revivalists Paranoid London, and an untitled dancefloor oriented project with revered Danish producer Kasper Bjorke.
description from www.roughtrade.com