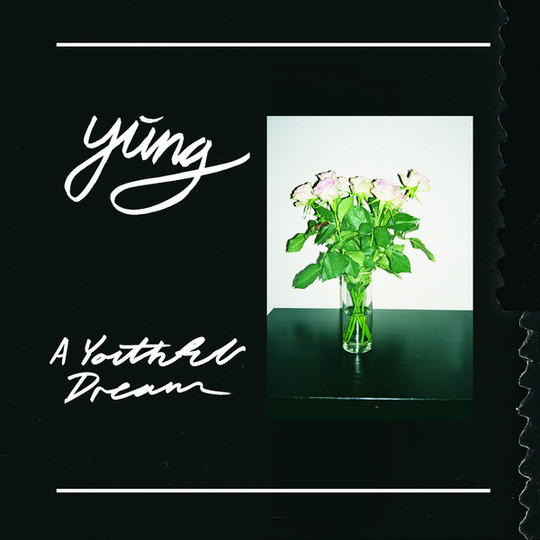 You can't read an article or review on Yung without seeing their music contextualised into some greater Danish punk movement. With the release of impressive debut album A Youthful Dream, this trend is only going to continue. Touted by NME and featured by The Guardian as leaders in a new wave of Scandi bands making waves in the wake of scene leaders Iceage, Yung is the baby of 21-year-old Mikkel Holm Silkjaer – a prominent figure in the DIY sounds of hometown Aarhus. Playing infectious and sharp edged guitar music, they carry recognisable touch points from all your favourite post-punk bands...then take those touchpoints and smash them into an exhilarating mess and making their first full length near-impossible not to get on board with.

Having already released a couple of EPs and an album entitled Falter back home in Denmark, (condensed elsewhere into the Alter EP, making their debut album not really a debut at all), Yung essentially formed when Silkjaer enlisted the help of local band Snare Drum in order to take his music on the road and free it from the confines of the laptop. Coming from a musical family and having suppressed the initial impulse to rebel and pursue a less artistic career path, his is a mature and uncompromising musical voice. It's not one for the faint-hearted either as album opener 'The Hatch' attests; a refined take on teenage punk-rock anthems that still bears the teeth marks from previous hardcore band Urban Achievers. 'A Mortal Sin' follows with a similar ATD-I sound, but diluted down with a heavy dose of fuzzed up nostalgia while expertly constructed single 'Pills', the first point of entry for most to the band's music, rides in on an isotonic mix of euphoria and hopeless – emblematic of the album as a whole.

After the first few tracks you'll probably wonder how long the pace can be kept up, but Yung's odes to recklessness are written from the vantage point of experience, broadening the appeal and opening it up to a whole new set of influences too. 'The Child' for example is a slow burning shoegaze piece handily squashed into three minutes, woozing away with the wistful lyrics: “He will change his mind a million times/He will change his mind in front of your eyes/Because nothing can stop him/In his mind he's still a child/His hands are shaking...”. It's a stirring midpoint and just one in a lengthy list of album highlights. 'A Bleak Incident' takes the album down another detour too, ditching the strained, barbed-wire vocals for a more pensive tone of the Galaxie 500 persuasion and although you shouldn't need it, 'Blanket' is certain to win over any non-believers, buzzing with surf guitar on a blistering, peptide chorus of sweaty, chest thumping vocals.

Following more in the footsteps of Ought and Vietcong than other Scandi bands, (but still veering off enough to carve out their own identity), Yung's debut is unflinchingly bold and as confident as you'll find. The verve and brashness on display on A Youthful Dream is counterweighted by maturity and tenderness, making this an album to drink, dance, fight, forget and remember to all at once.