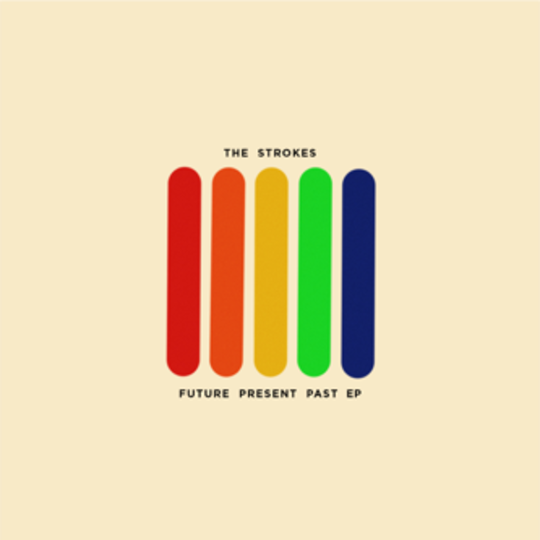 Of all the bands who blazed a trail at the vanguard of the so-called new rock revolution back in 2002, The Strokes seemed the least likely to be stumbling embarrassingly into middle age 13 years later. One figured that The White Stripes’ devotion to repurposing the blues had to give out at some point – despite Jack White trying to delay the inevitable by employing bagpipes and a marimba – while The Hives and The Vines were so obviously borrowing from Nuggets-era garage rock that an expiry date was virtually built into the music. But The Strokes? They had something. Beyond the Converse and the leather jackets and the cheeky riffs and the furious fuzz, they pulled off the hardest trick; blending self-assurance and savvy with a laid-back nonchalance to make a great rock record.

But that was then. The towering hype around the band left them nowhere to go, each subsequent release weighed down by unrealistic expectations and an insatiable press. Utterly beholden to the era they helped define, they longed for escape; to side projects, to families, to anywhere that wasn’t The Strokes. As one of the most recognisable – and not to mention bankable – acts in the world, not bothering to tour 2013’s Comedown Machine, and spending most of last year’s headline and festival appearances dead-eyed and listless, palpably going through the motions, felt like the end. Obituaries were penned, epitaphs considered; 'Was That It?' wouldn’t have felt inappropriate.

Future Present Past – a clever title, granted – represents a comeback of sorts, then, and there’s a lot at stake. Five ageing white guys with guitars is not where the Zeitgeist is headed: the giddy heights of their heyday are firmly in the rear view mirror. Whether this is just a prelude to a new album, or the only new material we’ll hear this year, The Strokes have a lot of goodwill to make up, and a three-track concept EP is, if nothing else, an interesting way of going about it.

“Your fucked up system / messing up the city” wails Julian Casablancas on ‘Drag Queen’, plunging right back into the dystopian nightmares he’s been mining for his recent solo work. “Probably found war / Fighting as the victim” he mumbles towards the end. Musically, it’s just as dark; pure Joy Division bass, an incessant, ominous beat, an awkward, jarring riff. That the jaunty, almost joyous ‘OBLIVIUS’ proceeds it only serves to highlight how much better they sound skipping around in the light; the lyrics are still very Occupy serious, but you can hear the fun poking through the cracks, one of those shouty, crescendo choruses they used to be so good at tacked on for good measure.

‘Threat Of Joy’ is even more of a throwback; it’s The Strokes doing a passable karaoke version of their 2001 selves. And it works; it’s bouncy and carefree, Albert Hammond Jr.’s infectious riffs winding their way through Casablancas’ mischievous delivery. The song is a reminder of why they were so beloved, but being the best thing here, it’s also representative of The Strokes' greatest problem; familiar ground is where they’re most comfortable, and they still haven’t worked out how to successfully expand their horizons beyond that. Is this EP a mere postscript or a second coming? Only time will tell. But they’re running out of chances to convince the world they can be anything more than a heritage act, cranking out the hits for paydays amid a series of ever diminishing returns.