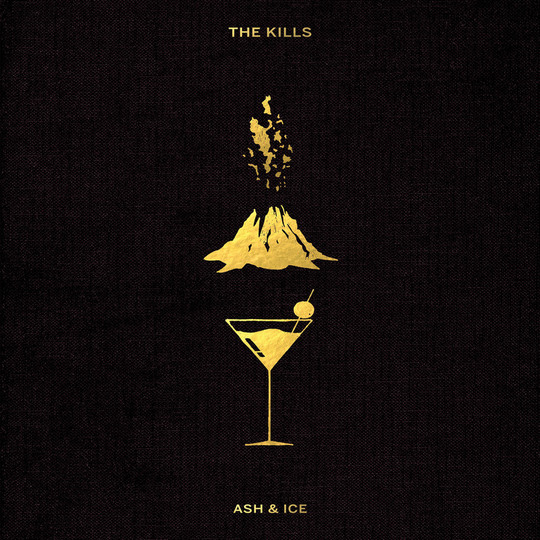 The Kills have been away for a while. The otherwise unremarkable five years since their last album, Blood Pressures, have been made more dramatic by Jamie Hince’s career-threatening hand injury and the series of surgeries it necessitated (not to mention the distraction of his marriage to some supermodel). It’s not surprising then that the duo would want to reassert themselves in as big a way as possible with their fifth album, Ash & Ice.

And while Ash & Ice kicks off with the single 'Doing It to Death', a classic slice of The Kills’ cool detachment backed by a minimalist programmed drum, that isn’t the order of the day for their comeback record. There are still plenty of occasions when the guitars rip through everything including the vocals, but there’s also less sneering, more of a willingness to slow things down and lyrics focusing on the emotion aspects of presumably failing relationships; elements that don’t lend themselves to an image of being cool or detached.

Something the pair have always had a talent for is bringing in slightly weird components, and 'Siberian Nights' is an album standout for its string arrangements which sounds something like a klezmer interpretation of the Psycho theme. And there is a certain rhythm you associate with The Kills, something subtle but insisting that carries through the album and shines on 'Bitter Fruit' (a song that, incidentally, an enterprising R&B artist could surely have a hit with a cover of).

Where Ash & Ice falls short — and this may be the desire to make up for lost time — is the reluctance to prune the excess (despite the chorus of 'Bitter Fruit', which references cutting branches at the root). The culprits are the mid-album tracks, particularly 'Hum for Your Buzz', which is just stilted riffs under the most emotive vocals Allison Mosshart can manage. They slow things down to great effect on the piano-led 'That Love' and the understated 'Echo Home' and are more successful at relating emotion and, in the latter track, building tension.

Because Ash & Ice somewhat ironically doesn’t have much of the icy immediacy that typically marks The Kills’ work, the album is one you need to live with to get the full payoff. Where it’s good, it’s almost maddeningly good, and the band’s attempts to broaden their scope aren’t without merit. If being cool and detached is on the outs now, then they deserve the benefit of the doubt for letting enthusiasm bring in a few wayward songs.

Let The Record Show: Dexys Do Irish and Country Soul