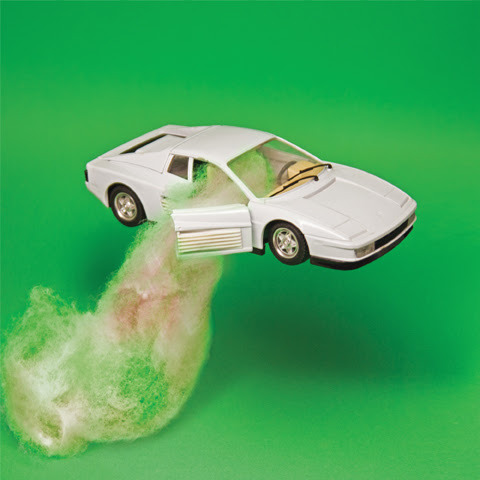 Can you judge an album by its cover? In Testarossa’s case, it’s not even close.»

When we last left David Cohn (Serengeti) and Yoni Wolf, it was 2011. Somewhere amidst Charlie Sheen's meltdown and Oprah's last episode, the duo dropped one of the most simultaneously bleak and hilarious song cycles ever conceived, replete with tales of bigamy, reinventions of self, addiction, and disgraced UFC fighters. Woe leavened by whimsy. A half-decade later, Serengeti and Wolf (principal songsmith of the band WHY?), have returned with Testarossa. It soundtracks a script the pair penned while on tour together. Every song conceptualizes the saga of star-crossed lovers, Maddy and Davy. After Davy got Maddy pregnant, he proposed. The ceremony was a lovely, traditional affair. Shortly thereafter, Davy's band took off and he rode the wave of garage rock revival. But alas, soon their music went out of vogue, and the tastemakers left them for dead. No blog would touch them with a ten-word post, but Davy never gave up. Music was the only life he knew, the only way he could pay the bills and process the pain. On opening song, "Umar Rashid," Serengeti (as Davy) tells the listeners that he's as troubled as can be. "Allegheny" finds him fretting over melancholic pianos, nostalgically assuaging his own guilt, mentioning the model Testarossa he brought home for his children. Yoni croons, "I told you once, I told you twice, sweetie pie, I'm cold as ice... I have to catch this flight." The sentiment distills the slow decay of the album. It's a high-concept examination of lives crumbling. The despair of a lovable underdog who chased his dreams so relentlessly that he lost those he loved the most. He misses his kids, but still lives a debauched life away. As always, there's the undercurrent of sadness and regrets, sin and repentance, the juxtaposition of bleak reality, the surreal, and dark humor. It's a dirty, weird and brilliant album that becomes more stark and visceral with every listen. This is love and willful destruction sharing a beer and a shot--the soundtrack to wrong decisions and crooked twists of fate. The versatility of both Yoni and Geti creates an unconventional album that is rooted in both hip hop, and indie rock.
description from www.roughtrade.coim