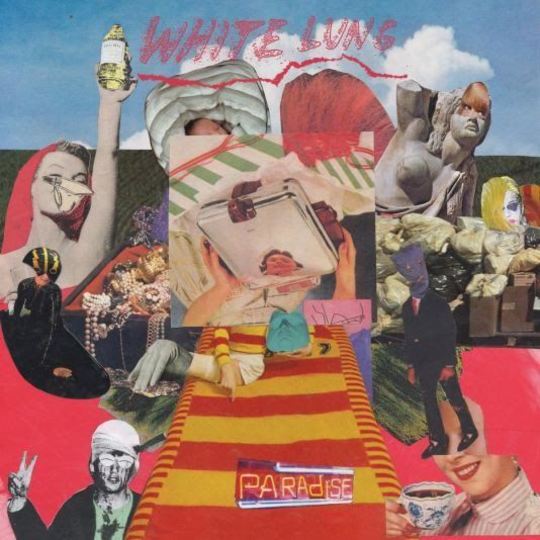 A solid two sides of music is about as satisfying as it gets. You can wave your double gatefolds around and explain the genius of a concept album, but when you get a compact showcasing of a band's sound and it’s on point, it’s almost impossible to beat.

But what about when the music barely covers one side? Montreal outfit White Lung have always championed the short, sharp, shock approach to album lengths, making their latest release Paradise something of a ‘long-listen’ at 28 minutes.

Despite 2014’s Deep Fantasy being hailed by peers and critics as a great punk record, White Lung are still decidedly underground, announcing a tour which sees them grace some of the UK’s small, independent pubs and clubs - the kind of stomping ground usually facilitated by unsigned acts.

Venues aside, it’s hard to deny the purpose and conviction singer Mish Way conveys in her delivery. The abrasive vocals that littered Deep Fantasy have been toned down and tuned for an altogether more composed and melodic album.

The progression in sound is most evident on the rather grandiose single ‘Below’. The guitars glisten, the melodies soar and there’s audible breathing-space within this three and a half minute exploration of beauty and it’s relationship with feminism. The following track ‘Kiss Me When I Bleed’ albeit grittier, leaves just as big an impact on our pop-sensibilities, with Mish belting out “I will give birth in a trailer, huff in the gas in the air” - oh, to be in love.

Although Mish dazzles lyrically, Paradise is undoubtedly built around Kenneth William’s exceptional guitar playing. His technique embodies the technical style of a metal player whilst simultaneously combining melody and movement like a fuzzed-up, hardcore Johnny Marr. Never stepping on anyones toes within this tight knit unit, his arrangements fill in large pockets of sound whilst drummer Anne-Marie and bassist Lindsey Troy’s maintain the relentless pace.

Paradise is undoubtedly White Lung’s most expansive and honed material to date, showcasing an ability to channel their punk sensibilities into something of great substance that has a lasting impact, long after those 28 minutes are up. This release strikes the perfect balance between pummelling the listener over the head with riffs and rewarding their shredded eardrums with hooks and honesty.