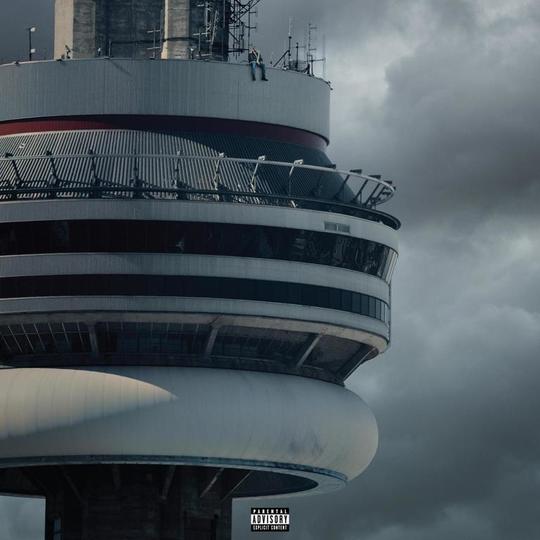 Throughout his career there have always been two versions of Drake. One, the brash and undaunted braggart rapper. The other, the humble everyman, graciously extending an invitation to anyone desiring to live vicariously through his successes. At times the otherwise parallel notions have run perpendicular, with Drake going out of his way to remind his listeners of his uncomfortable relationship with fame and hero worship.

But with every subsequent record, Drake’s brazen disposition has steadily eclipsed his sheepish nature, a sentiment radiating from all possible crevices on the headstrong If You’re Reading This It’s Too Late. Views, his latest offering, marks the highest expectations have ever been for a new release. More troubling however, is a palpable sense that Drake has ascended so far into the superstar stratosphere that he is oblivious to what catapulted him there in the first place. For the first time in his career, there is an overwhelming mood of an artist lacking any hunger, routinely feasting on mediocrity.

Dating back to So Far Gone, the intro track is typically a translucent indicator of not only his current mindstate, but the music to follow. 'Keep The Family Close' commences with an almost funereal lull, penetrated by stabs of horn and violin which seemingly serve as a precursor to another monumental Drake address. But the moment of reckoning never comes, and the artist who expertly navigated the kinetic soundscape of 'Tuscan Leather' appears directionless here to a shocking degree. Oddly enough, this same recipe is repeated throughout Views, in which an artist long regarded for generating myriad abracadabra moments in songs falls well short of execution.

Past criticisms that Drake albums sound alike were problematic at best and wholly erroneous in most cases, especially considering the varying sonic textures he employs on each album. But on Views, Drake too often harvests uninspired moments with lethargic indifference, almost to an astounding degree. His millennial makeovers of Juvenile’s 'Back That Azz Up' and Wu-Tang Clan’s 'It’s Yourz' seemed like effortless renovations, but his reworking of DMX’s 'How It’s Going Down?' on 'U With Me' is a messy blemish at best, with Drake never investing nearly enough verve to make the song his own or even justify its existence in the first place.

Moulded in the same likeness as 'Crew Love' and 'Preach' is 'With You', where PARTYNEXTDOOR occupies the lion’s share of the airspace before the designated capstone Drake appearance. Both tracks in the former, buttressed by crisp and ominous production, were grounded in a somber mystique that intensified the magnitude of the vocals tenfold. But the lighthearted vibe of 'With You' is bereft of any substance, and the overall design is rendered tedious almost immediately. But the Caribbean dancehall spirit of 'One Dance' – reminiscent of 'Find Your Love' – and also the Rihanna-assisted 'Too Good' are a return to form, both in the sense of revisiting formulas but premium quality as well.

Peppered in sporadic doses are further instances when Drake reaffirms his heretofore deserved superiority (consequently shining an even more incriminating light on all the unnecessary mediocrity). 'Still Here' is a prime example of the unmatched chemistry of the resident players, a dynamic interplay between Noah '40' Shebib’s trademarked wayfaring instrumentation and Drake’s elastic harmonised rapping style. 'Weston Road Flows' is a barrage of the artist’s most adroit artillery, fusing samples of popular Nineties R&B along with autobiographical nostalgia. 'Pop Style' is submerged in the same grandstanding nature as 'The Language' and 'Under Ground Kings' (though for mysterious reasons neither Jay-Z or Kanye West are featured as previously announced).

Drake is far too talented to turn in an album of dregs, and a lot of the content featured of Views is of the same breed of quality we would expect, like the instantly contagious 'Grammys', featuring Future. But for him to be so often contented with merely satisfactory results is somehow much more disappointing than a total failure. Drake routinely elects to rest on somewhat engaging laurels rather than elevating a song to its consummate potential, a keen talent he has perfected to staggering heights over the years. As much as rappers love to adhere to the philosophy that rapping is merely just a byproduct of their hustler mentalities, Drake is the rare exception, and he seems supremely euphoric when he is recording music. But for the first time in his illustrious career, his heart doesn’t seem to be in it.