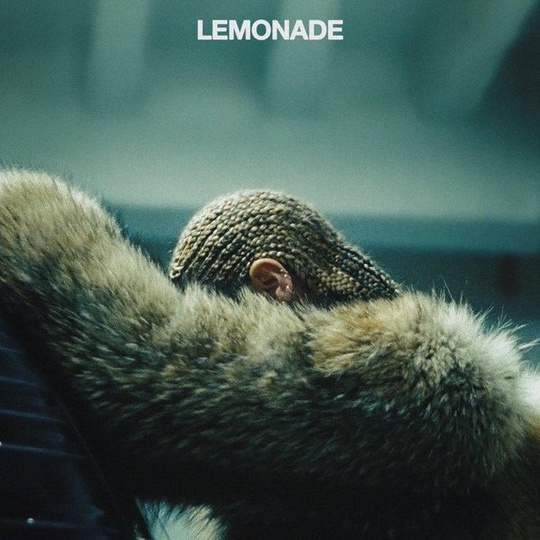 We’re all too familiar with resilience. 'Move on', 'adapt'… 'when life gives you lemons, make lemonade'. Whether you see it as the ultimate neoliberal lie or a necessary strategy for survival, it doesn’t come as a surprise that when it’s our biggest global pop star using it as the foundation of her new album, we’re ready to dissect every lyric and rumour in order to catch a glimpse of her own fallibility. Opening up her private life to disclose recent difficulties in her marriage (Jay Z’s alleged affair with the by-now-proverbial “Becky with the good hair”) and putting to music and film her struggle to climb back on top through love and forgiveness, with new album Lemonade Beyoncé 'dropped a Beyoncé' with a vengeance - and she’s outdone herself in the process.

Whilst Beyoncé was an insight into the joy of marriage and a series of feminist reflections in separated vignettes, Lemonade uses the theme of betrayal as its main structuring inspiration: whatever the degree of fictionality of the plot (a step by step journey from ‘Intuition’ and ‘Denial’ to ‘Redemption’ via emotional stages like ‘Anger’ and ‘Hope’, as presented in the accompanying film), Lemonade arrives as a cohesive, masterfully crafted project that resists the ephemerality and disposability of the pop song format. Whether you take the time to watch the Lemonadefilm or not, it’s likely that once you get to the end of Bey’s sound parable (resurrection via reconciliation) you won’t read the anger of the first half of the album in much the same light. Lemonade works as her take on the question, 'can you forgive and move on?'. Her answer sounds brutally honest, resonating beyond the confines of her private life. If the visuals approximate perfection in every way (the photography, the visionary ideas behind every segment, the celebration of black femininities, the South American landscapes, the history and legacy of her family), musically it’s the first half of the album that shows us a new side of Beyoncé, one that thrives in dark atmospheres and minimalism in a way her music never did before.

‘Pray You Catch Me’s segmented vocals work as a sort of ouverture to Bey’s ‘Babooshka’ moment: suspicion. Relying on a simple repetition in the chorus and a keyboard just as soft as it is ominous, the track creates an arresting sense of void. The string section (courtesy of Jon Brion) turns doubt into realisation: “What are you doing my love”, she finally whispers. The high level of drama is only apparently contradicted by the calypso rhythm of ‘Hold Up’. The sound of air horns and an interpolation from Yeah Yeah Yeah’s ‘Maps’ accompany Bey’s dilemma - “What’s worse, looking jealous or crazy?” - a sort of surreal take on the theme of trust that makes the gravitas of ‘Jealous’, from her previous record, sound way too naive in retrospect. There’s something empowering about the seemingly contradictory levity of ‘Hold Up’, to the point where amidst heavy bass pulses Bey finds time to channel Soulja Boy and “gets her swag on”. Full-on anger comes as ‘Don’t Hurt Yourself’, a scathing upsurge of Led Zeppelin-sampling hard rock (bass guitar and vocals courtesy of Jack White) and powerhouse soul. A hammond organ swirls nervously below Bey’s cracked voice: “I’m just too much for you”, she says. Drawling her way through splintering drum patterns, Bey channels early Noughties RnB in the standout ‘Sorry’, its second, claustrophobic part by far one of the most surprising mood-swings on the record. A sort of operatic take on contemporary RnB, the sultry ‘6 Inch’ sees the return of producer boots and features The Weeknd. Although it’s clearly supposed to be the steamiest track of them all, it’s when the bridge kicks in that Bey really brings the character of the song (a stripper) to life, and interrupts her pean to economic independence to offer the turning point of the story: “Come back”, she whispers.

With that realisation comes the most fragmented part of the record. ‘Daddy Lessons’, Beyoncé’s first foray into country, is a soulful, heartfelt song about her upbringing in Texas and the lessons learnt from her father. “Daddy made me fight/It wasn’t always right”, she says, depicting an imperfect character who went so far as to warn her against “men like me”. Despite its screechy synth arpeggio, ‘Love Drought’ sugarcoats the prospect of forgiveness and fails to really leave the mark at this point in the story. “Tell me what did I do wrong?”, Bey exhales, postponing the peak of the drama to the piano ballad ‘Sandcastles’, a rather overblown and predictable moment in an otherwise hyper-imaginative record. James Blake leads Bey through acceptance in the one-minute delight ‘Forward’, but it’s Kendrick Lamar who helps Bey resuscitate the raging side of the record in ‘Freedom’, a jaw-dropping anthem to black women and a call for resistance against gender and racial discrimination. Lamar’s verse works as a sort of coda to To Pimp A Butterfly and a reflection on its continued resonance: “And when they carve my name inside the concrete/I pray it forever reads”. With samples taken from Alan Lomax and John Lomax Sr.’s field recordings and ‘Let Me Try’ by Kaleidoscope, the soaring synthetic organs, Lamar’s sour flow and Bey’s immaculate chants, ‘Freedom’ has a noisy, exuberant strength that reconfigures the theme of trust/mistrust in the record into the reality of Black America’s wider struggle for recognition and respect. Whilst the other overly political track on the record ‘Formation’ works more as a bonus track after the the final resolution of the dreamy ‘All Night’, ‘Freedom’ is where both sides of the album really come together: anger and resilience, history and herstory, the personal and the urgently political.