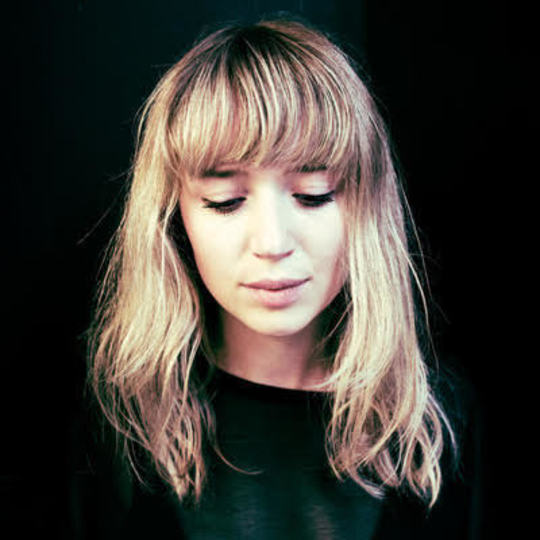 Hannah Lou Clark adeptly strikes a fine balance between joyful sweetness and an undercurrent of something slightly sinister. This iridescence can make music that might have been pedestrian infinitely more interesting.

Take Willy Wonka, for example. Everyone’s favourite chocolate genius would be far less fascinating without his latent air of paedophilia and sarcastic nous. And Boris Johnson; without the floppy blonde locks, his ability to disguise damning personality traits would be far less effective. Everyone loves to see a bulging blonde clown suspended from a zip-wire waving podgy fingers at people, and why wouldn’t you? It’s why Donald Trump can never truly appeal to middle-of-the-road thinkers – give him a funny voice or some other base distraction and perhaps we’d be looking unshakeably at the next leader of the free world.

Released at the tail end of 2014, Clark’s debut EP Slient Type was enticingly morose, if perhaps a little underdeveloped. This year’s follow up – crafted in the midst of her tour – is far more multi-dimensional and thus, more enticing. Whilst retaining much of its ancestor’s slight sense of sorrow, it also builds around it joyous shades of guitar pop. What hasn’t changed, is Clark’s alluring voice, the obvious comfort she feels at the strings of a guitar and an ability to spin lyrics that are full of humour, intelligence and a bubbling deviance.

Throughout It’s Your Love, themes of love, death and frustration are prevalent. The opening title track is an enthusiastic guitar-pop ditty. The drum machines that featured heavily on ‘Silent Type’ remain, but are augmented by incinerating rhythm guitar and an onus on power. Hannah deftly combines the delicacy of her voice with the festering aggression of the music; the lyrics equally match this juxtaposition. In the chorus she purrs “Your hand in the shape of a gun, it’s your love” – which is just the first comparison between love and violence.

‘Cowboy Joe’ and ‘Euphoria’ drift things closer towards Clark’s debut work, but again develop a sense of paradoxical thought. ‘Cowboy Joe’ is all slow-burning and pent up energy; the repetitive drum machine and minimal guitar work continuously hinting at an aggression that manifests itself in the final quarter of the song as Clark wails “Shoot straight and say my name”.

‘Euphoria’ is undeniably the EP’s most subdued track, but it succeeds in exhibiting the comfort in which Clark sings. Stripped down, ‘Euphoria’ allows Clark’s quite remarkable voice to ring out; encapsulating the technical ability that she has is spades.

In little under ten minutes, Hannah Lou Clark has managed to create a piece of work that brazenly carves a distinctive sound from very little. The nuance on show in just three songs is a defining feature of her music. Without the detail of the drum machines, songs like ‘It’s Your Love’ could be left feeling flat and a little tedious. Throughout there’s a clear sense of purpose, an obvious show of great skill and a playful deviance that is captivating.