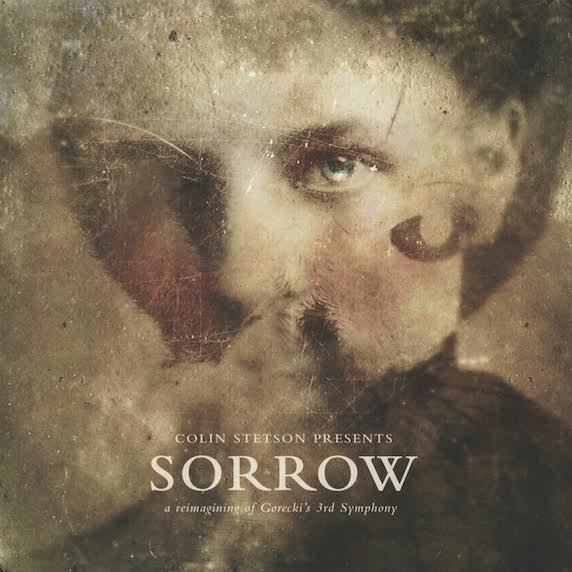 Somehow he has made this work more immediate and pressing»

Symphony No 3, composed by Polish composer Henryk Gorecki in 1977, became one of the biggest sellers of classical music of all time, when Elektra Nonesuch's 1992 recording of the 'Symphony of Sorrowful Songs' was released. The recording eventually sold over 1 million copies and topped classical charts in the USA and Britain. This popular acclaim did not generate wide interest in Gorecki's other works, and he pointedly resisted the temptation to repeat earlier success, or compose for commercial reward. Gorecki died in November 2010 aged 76. Colin Stetson is an American saxophonist and multireedist. 'Sorrow', led by Stetson, is a reimagining of Henryk Gorecki's most famous piece, performed by a 12-piece band including Arcade Fire's Sarah Neufeld, Saltland's Rebecca Foon, Greg Fox of Liturgy, Megan Stetson and more and recorded in 2015 in Brooklyn, New York. "We all have those moments when we experience a piece of music that transforms us, and this was one of those moments for me," says Stetson. "Over the years, I went on to listen to this record countless times, always determined to absorb every instance of it, to know it throughout and fully. And this dedication to a thorough knowledge of the piece eventually gave way to a need to perform it." "The concept was simple, and true to the original score. I haven't changed existing notation, but rather have worked with altering instrumentation, utilizing a group consisting heavily of woodwinds, synthesizers, and electric guitars... The arrangement draws heavily from the world of black metal, early electronic music, and from my own body of solo saxophone music. The result is an intact rendition of Henryk Gorecki's 3rd Symphony, though one which has been filtered through the lens of my particular musical aesthetic and experience."
description from www.roughtrade.com