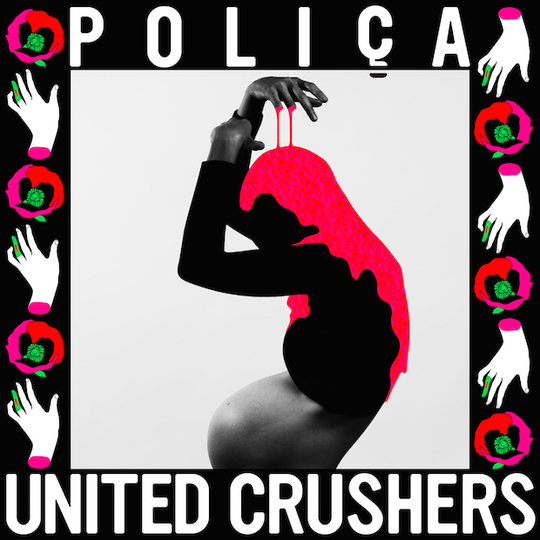 When a team of enterprising graffiti artists daubed the ominous phrase 'UNITED CRUSHERS' in man-sized letters atop the condemned Archer-Daniels-Midland grain elevators on the outskirts of Minneapolis, did they anticipate their handiwork becoming its own kind of urban icon? Perhaps the artists thought that this magnum opus of guerrilla typography would be short-lived, reduced to rubble by controlled explosions and pulled up from the root by a fleet of excavators and demolition vehicles. But alas, as is so often the case in the days of recession and urban decline, it evidently proved cheaper to leave the distinctive corrugated-concrete edifice, abandoned and useless, where it stood. And thus, the sign remained.

This is a story very familiar to many residents of the city, not least Minneapolis native and Poliça singer-songwriter Channy Leneagh. A lifetime in Middle America has given her a lot to think about, and the 'UNITED CRUSHERS' tag, for her, encapsulates the whole thing - a United States of crushed dreams, crushed lives, crushed industry, crushed hearts. A world where all hope is tempered with a dose of fear and apprehension, but where happiness and joy can spring from the most unexpected of places. With their third record, named for the tag, Poliça have tried to capture a bit of both of these feelings, tried to balance the darkness and the light.

These themes of hope and paranoia are evident from the very start of United Crushers - opening track 'Summer Please' is both an urgent plea for the end of the harsh Minnesota winter and a lament of the trouble the warmer months bring - violent crime skyrockets across the world in warmer weather, and Leneagh confesses a fear that she or her children may one day end up falling victim to a gun-armed maniac or desperate robber-turned-murderer. The track’s instrumentation mirrors this dissonance, pairing woozy, pitched-down vocals with playful synth twitters over the band’s trademark cinematic sweep and stuttering rhythms.

Elsewhere, 'Lime Habit's driving beat, elastic leads and booming piano give the record its first earworm track, while 'Wedding's stabbing arpeggios punctuate an infectious and intriguing chorus from Lineagh. On the soulful 'Baby Sucks', the band’s spacious groove is even accompanied by a triumphant horn section, arranged somewhere in the midpoint between party-down funk and traffic-jam car horn cacophony. In general, the tracks have a more aggressive, claustrophobic edge when compared to cuts from debut record Give Up the Ghost or its 2013 follow-up, Shulamith.

Despite its heavy subject matter, this record sparkles and whirrs in a way that is very easy to fall in love with. Over the course of their careers Poliça have never shied away from dark subject matter, but thankfully this record is yet another example of their uncanny knack of stitching a silver-shine lining of instrumentation on even the darkest of lyrical stormclouds. United Crushers warns of a world that is chaotic and threatening, but that is also to be celebrated - a world where incidental things, like the midnight daubings of intrepid urban explorers on an abandoned grain silo, can become the most worthwhile and beautiful symbols of all.