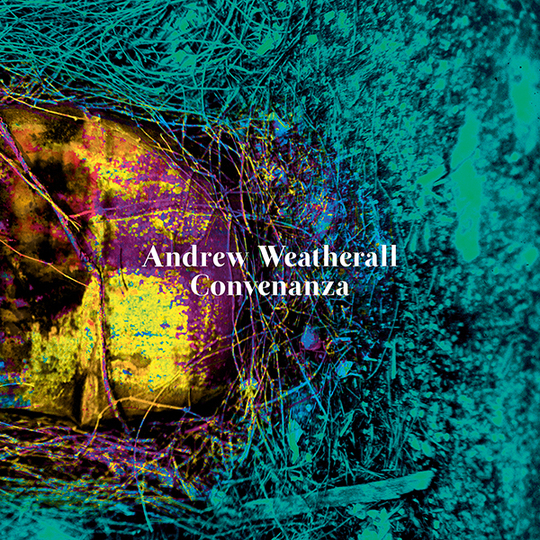 Andrew Weatherall is perhaps best known for having had a strong influence on Primal Scream. Creation Records boss Alan McGee once told me: 'Ecstacy changed it for us. You know the Happy Mondays turned me onto E and that turned Primal Scream onto E and we changed. We stopped listening to Tim Buckley and started listening to Frankie Knuckles. The music changed, it happened overnight.'

With the Scream's newfound love of acid house, they offered up their ballad 'I'm Losing More Than I'll Ever Have' to Weatherall, who was a club DJ at Danny Rampling's Shoom nights the time. His resulting remix became their breakthrough hit 'Loaded'. The single's sound captured the band's newfound love of the music they were dancing to at clubs and the Glaswegian band now had a direction for their seminal 1991 album Screamadelica which Weatherall also had a key part in producing.

Since then, Weatherall has continued to remix, produce, and write music resulting in one of the most celebrated back catalogues in electronic music history; making any new release much anticipated.

Partly the respect he's sustained over the past quarter of a century, is how true to his roots he's remained. Many recognise that he could have taken the opportunity to make big money as a commercially driven DJ but he's only ever been driven by his own interests. The result is an oeuvre that ranges from left field, house, and techno, post punk, dub, and beyond.

Highlights of his previous output outside of remixes and compilations include, Sabres of Paradise, an acid house and dub project with engineers Jagz Kooner and Gary Burns. He also formed Two Lone Swordsmen with Keith Tenniswood and they released music with Warp Records and Weatherall's own label, Rotters Golf Club.

Meanwhile, the album Ruled By Passion with Timothy J. Fairplay under the name The Asphodells, which was hailed as 'Kraftwerk, but warmer, New Order, but dubbier' by The Observer, showcases even more of his unrivalled ability to apply diverse influences into a unique musical journey.

Considering this remarkable array of projects, Convenanza is actually only on his second full length album of original material released under his own name. Despite proclaiming it a solo LP, Weatherall has continued his habit of making music collaboratively. Nina Walsh, who has worked on music on and off with Weatherall since she co ran the Sabres Of Paradise and Sabrettes record labels with Weatherall in the mid-Nineties, came up with a lot of the ideas.

Having released their collaborative record The Woodleigh Research Facility together earlier this year, the duo wanted to follow it up with something. The result was Convenanza, which Weatherall from some rhythm, top lines, and loose vocal meanderings Walsh had had sitting around for a while. The album traverses a rich genre spectrum and incorporates contrasting moods and atmospheres that make for an exciting listen.

Opener 'Frankfurt Advice' is a club banger with a post funk punk rhythm embellished by live trumpet and funky rhythm guitar, while closer, 'Ghosts Again' feels genuinely sad as Weatherall's poignant words; "Please forgive this letter/ it's the last my friend / all prayers have failed to save me / lets conjure up the ghost again.," shine out above very minimal instrumentation.

Elsewhere 'The Last Walk', is led by a haunted synth motif that stands out on top of the mix and adds a striking contrast to the left field house rhythm. Moreover, the soaring trumpet and deeply anchored bass line on 'We Count The Stars' creates a dystopian feel that contrasts brilliantly with blissful ambient techno of 'Thirteenth Night' that it blends into.

Weatherall may have called himself an 'amateur musician' or ‘enthusiast’ but Convenanza is a soulful, hypnotic, genre-defying spectacle that shows him on top of his game and defies any modest interpretations he has of his own work.

An Arms Reach Away/Darkness Inside